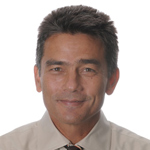 Where is the outrage?

It now costs more than $50,000 a year in tuition at many highly regarded law schools. So why aren’t liberal law professors who are concerned about class barriers rising up to oppose the oppressive cost?

That is the question being posed by a well-known critic of legal education, Washington University at St. Louis law professor Brian Tamanaha, the Wall Street Journal Law Blog (sub. req.) reports. In an upcoming essay in Stanford Law & Policy Review, Tamanaha (author of the recent book Failing Law Schools) suggests his liberal colleagues stay silent because they are enjoying the benefits.

“Tuition increases meant yearly salary raises, research budgets to buy books and laptops, additional time off from teaching to write (or to do whatever we like), traveling to conferences domestically and abroad, rooms in fine hotels, and dining out with old friends,” Tamanaha writes. “A sweet ride it has been.”

“The pricing structure of legal education has profound class implications,” Tamanaha writes. “High tuition will inhibit people from middle-class and poor families more than it will deter the offspring of the rich with ample resources. Law school scholarship policies … in effect channel students with financial means to higher ranked law schools, reaping better opportunities, while sending students without money to lower law schools [where they qualify for better aid packages]. A growing proportion of elite legal positions will be held by people from wealthy backgrounds as a result. … Yet as law school tuition rose to its current extraordinary heights, progressive law professors did nothing to resist it.”

Among the groups targeted in Tamanaha’s article is the Society of American Law Teachers. The group advocates “social justice” but opposed changes to tenure and job security protections that are aimed at lowering the cost of legal education, he says. He also faulted the group for its annual survey of law professor salaries, information that profs can use to seek pay raises.

“SALT’s major initiative on the challenges facing legal education was to sponsor a conference in Honolulu in December 2010,” Tamanaha writes. Though the rising cost of legal education was on the agenda, “the greatest urgency [was] placed on perceived attacks against the law professoriate.”

Tamanaha does not spare himself in his analysis. “Beyond writing a few blog posts on the topic and voicing objections at faculty meetings, I did nothing myself to halt tuition increases that I too benefited from,” he writes.

Tamanaha told the Law Blog he is expecting a backlash from his article. “There will be people who are going to be unhappy,” he said.