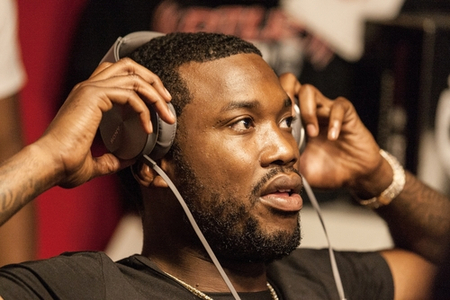 Rapper Jay-Z sees the sentencing of fellow rap artist Meek Mill as an example of the unfair treatment of blacks by the criminal justice system.

Jay-Z rose to Meek Mill’s defense in an op-ed for the New York Times. “What’s happening to Meek Mill is just one example of how our criminal justice system entraps and harasses hundreds of thousands of black people every day,” Jay-Z wrote.

Meek Mill was sentenced earlier this month to two to four years in prison for probation violations after his 2008 conviction related to possession of drugs and guns, the New York Times reported in another story. Mill’s lawyer alleged in a New York Times interview that the Philadelphia judge who sentenced Meek Mill had shown “enormous bias.” The prosecutor had not recommended prison time.

The judge said Meek Mill had scheduled concerts in areas where she had barred performances. She also noted two arrests this year. The first was for a fight in an airport in which charges were dropped, and the second was for reckless driving while filming a music video that resulted in a dismissal deal.

According to Jay-Z, charges in the airport fight were dropped “after video of what had actually happened was released.” The arrest for reckless driving was “for popping a wheelie on a motorcycle,” Jay-Z said.

Meek Mill, who is 30 years old, has been on probation for most of his adult life, Jay-Z said. “For about a decade, he’s been stalked by a system that considers the slightest infraction a justification for locking him back inside,” he wrote.

“Instead of a second chance, probation ends up being a land mine, with a random misstep bringing consequences greater than the crime. A person on probation can end up in jail over a technical violation like missing a curfew.”

Previous:
Increase in LSAT test takers is seen as evidence of 'Trump bump'