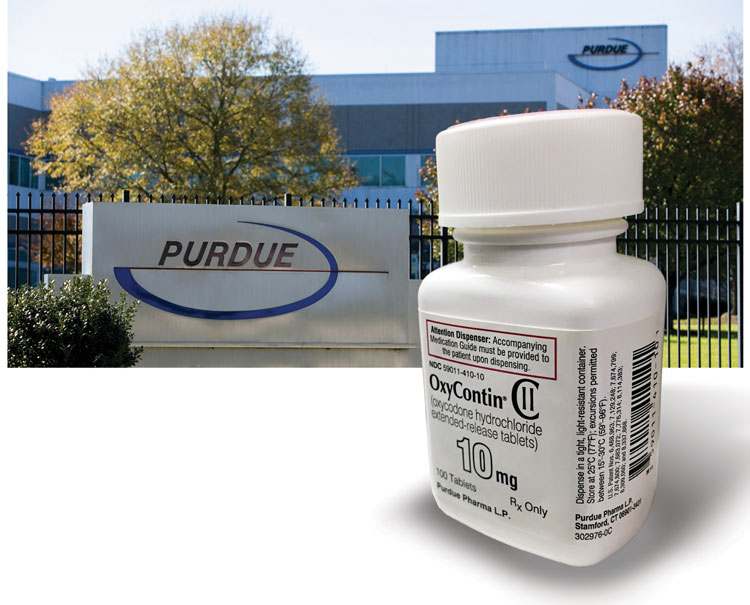 A federal bankruptcy judge conditionally approved on Wednesday a settlement that dissolves Purdue Pharma and directs the company’s owners, members of the Sackler family, to turn over $4.5 billion through roughly the next decade.

Those payments, as well as profits from the new drug company that evolves from Purdue Pharma, will primarily aid opioid addiction prevention and treatment programs around the country, the New York Times reports. In exchange, the Sacklers will be released from any liability related to Purdue Pharma’s highly addictive OxyContin medication.

“This is a bitter result,” said Judge Robert Drain of the U.S. Bankruptcy Court in White Plains, New York. “B-I-T-T-E-R.”

The New York Times said he delivered his ruling from the bench after a six-hour hearing.

NPR, Reuters, the Associated Press and the Wall Street Journal also have coverage of the plan, which Purdue Pharma values at more than $10 billion.

Purdue Pharma filed for Chapter 11 bankruptcy in September 2019, as part of a tentative settlement in more than 2,600 lawsuits by local governments and 24 states. The company said at the time it would seek an automatic stay of civil litigation to nonsettling government entities and protect its owners from litigation.

Members of the Sackler family said in a statement provided to media outlets, “while we dispute the allegations that have been made about our family, we have embraced this path in order to help combat a serious and complex public health crisis.”

The New York Times reports that while Drain said he hoped for a higher settlement, he considered the costs of further delaying the case and the benefits of an agreement that could help mitigate the opioid epidemic—which has led to the deaths of more than 500,000 people nationwide—in his approval.

The settlement will additionally set up a compensation fund to pay some victims $3,500 to $48,000 and create a public repository of company documents, including those normally protected by attorney-client privilege. The Associated Press also reports that it will not provide the Sackler family immunity from criminal charges that may arise in the future.

In supporting the settlement, several states and plaintiffs have said it can help pay for a problem that has grown worse during the COVID-19 pandemic, the New York Times also reports. But other states, including Washington, have already signaled that they will appeal the judge’s ruling.

Washington Attorney General Bob Ferguson said on Twitter Wednesday the order “lets the Sacklers off the hook” by offering them immunity from prosecution in exchange for only some of the profits that they made off the epidemic.

“This order is insulting to victims of the opioid epidemic who had no voice in these proceedings—and must be appealed,” Ferguson wrote.

Drain said he would formally enter his decision Thursday if two minor changes were made to the plan. The Associated Press reports that one clarified that members of the Sackler family would only be protected from litigation involving opioids, and the other involved the procedure for bringing nonopioid claims against them.