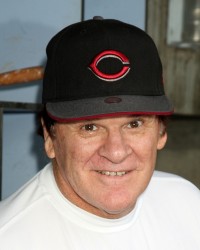 A federal judge in Pennsylvania has refused to dismiss Pete Rose’s lawsuit claiming former BigLaw lawyer John Dowd defamed him on a radio show by suggesting the baseball great was sexually involved with underage girls.

U.S. District Judge Petrese Tucker of Philadelphia ruled (PDF) on Friday, ESPN.com reports. Though Tucker dismissed one count and found another was insufficiently pleaded, she allowed a claim that Dowd had committed defamation per se by alleging criminal wrongdoing. Defamation per se does not require proof of special damages.

Dowd, who retired from Akin Gump Strauss Hauer & Feld in January 2015, represents President Donald Trump in the special counsel’s probe of Russian interference in the election. Dowd had written the report on Rose’s betting on baseball.

Dowd’s July 2015 comment referenced Michael Bertolini, identified in some press reports as Rose’s bookie. The radio interviewer had asked Dowd if he found Rose to be a likable person.

Dowd allegedly answered: “No. I’ve been asked that question—whether he had any moral bearings at all. And the answer is no. You know, there is a lot of other activity. He constantly violated the concept of laws. Michael Bertolini, you know, told us that he not only ran bets but he ran young girls for him down at spring training, ages 12 to 14. Isn’t that lovely. So that’s statutory rape every time you do that. So, he’s not … he’s just not, you know, the kind of person that I find very attractive. He’s a street guy.”

Tucker said Dowd’s alleged statement imputes criminal offenses and serious sexual misconduct to Rose, who claimed Dowd was aware the statement was false, it was made with actual malice, and it damaged his reputation. As a result, his claim for defamation per se withstands a dismissal motion, Tucker said.

Tucker said, however, that Rose had failed to include facts finding the alleged defamation caused him special harm, and she is allowing him to amend the complaint to supplement that allegation, made in a second claim.

Next:
Judge who took 2 business-card holders while at lawyer dinner agrees to resign