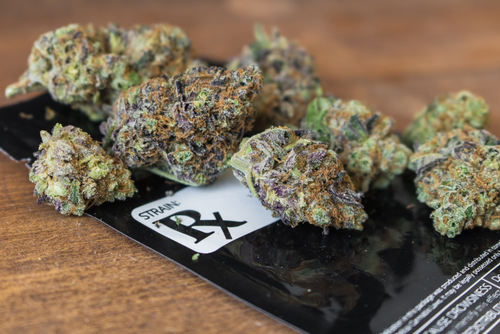 A Florida probationer with schizophrenia will be able to use medical marijuana as a result of a Miami-Dade judge’s ruling this month.

The former inmate, Miguel Valdes, pleaded guilty in a 1999 gang-related murder committed when he was 15 years old, the Miami Herald reports. The plea deal called for Valdes to serve nine years of probation after his release from prison.

The original plea deal said Valdes could not use illegal drugs. He had been smoking marijuana at the time of the crime, committed with another gang member. The victim was beaten and stabbed, and had a gang insignia carved into his forehead, prosecutors said.

Judge Teresa Mary Pooler approved Valdes’ application to use medical marijuana after a Miami doctor said he qualified. Prosecutors had said Valdes was already controlling his schizophrenia with medication and didn’t need the medical marijuana. Valdes was released from prison in 2010.

The Florida Department of Corrections confirmed that it will not test probationers for marijuana use when they have a valid medical marijuana card, according to the article. Florida and 28 other states allow medical marijuana.

Valdes told the Miami Herald the medical marijuana is helpful. “It keeps me mellow,” he said. “I really need it for my sleeping. When I’m not taking it, I wasn’t sleeping and I’d wake up in a bad mood. I feel better now.”