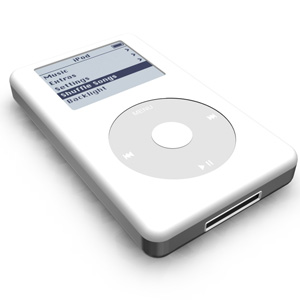 Agreeing with Apple Inc. that the only remaining lead plaintiff in a $350 million class action over iPods didn’t actually purchase one of the devices at issue, a federal judge has booted her from the case.

However, rather than dismiss the antitrust case, which is at trial in Oakland, California, U.S. District Judge Yvonne Gonzalez Rogers ordered counsel for the plaintiffs to find a substitute lead plaintiff as soon as possible, the Associated Press reports.

Two other lead plaintiffs in the case dropped out earlier because they also had not purchased iPods from Apple during the relevant time period, the article says.

After lawyers for Apple demonstrated that the sole remaining lead plaintiff, Marianna Rosen, purchased her iPod too late, Rosen pointed to other iPods she said she had bought in 2008.

However, Rogers ruled those purchases didn’t put Rosen in the plaintiff class either, because the iPods were paid for by a credit card issued to Rosen’s husband’s law firm.

The judge criticized both Rosen and her lawyers for allowing the case to proceed to trial on this basis, but said she didn’t want to disadvantage some 8 million other individuals whose iPod purchases are at issue by dismissing the case, the AP article explains.

Plaintiffs attorney Bonny Sweeney said multiple volunteers have already stepped up to serve as lead plaintiff, and she promised to bring them to court Tuesday.

The judge told her to provide their names to counsel for Apple first, so their iPod purchases could be confirmed.

It isn’t clear how the judge will explain the lead plaintiff substitution to the jury, the Wall Street Journal (sub. req.) notes.