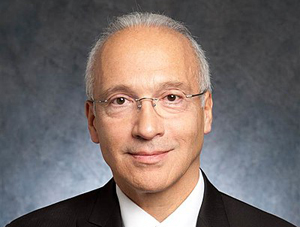 A San Diego federal judge once criticized by President Donald Trump has ruled in his favor in a case involving the border wall project.

Curiel said an immigration law that allowed the waiver appeared to be constitutional, and the Department of Homeland Security didn’t exceed its delegated powers when it issued the waivers.

Trump had called Curiel “a hater of Donald Trump” when the judge was presiding in a suit by dissatisfied students who enrolled in Trump University real-estate investment courses. Trump had said Curiel was “a very hostile judge … who happens to be, we believe, Mexican.”

Curiel was born in Indiana, a point he made in the second paragraph of his border wall opinion when he referred to Chief Justice John G. Roberts Jr. a “fellow Indiana native.” Curiel was quoting Roberts on courts’ need to leave policy judgments to elected leaders, who can be tossed out of office if voters disagree with them.

The full paragraph from Curiel’s opinion: “The court is aware that the subject of these lawsuits, border barriers, is currently the subject of heated political debate in and between the United States and the Republic of Mexico as to the need, efficacy and the source of funding for such barriers. In its review of this case, the court cannot and does not consider whether underlying decisions to construct the border barriers are politically wise or prudent. As fellow Indiana native Chief Justice Roberts observed in addressing a case surrounded by political disagreement: ‘Court[s] are vested with the authority to interpret the law; we possess neither the expertise nor the prerogative to make policy judgments. Those decisions are entrusted to our nation’s elected leaders, who can be thrown out of office if the people disagree with them. It is not our job to protect the people from the consequences of their political choices.’ ”

Big legal win today. U.S. judge sided with the Trump Administration and rejected the attempt to stop the government from building a great Border Wall on the Southern Border. Now this important project can go forward!

I have decided that sections of the Wall that California wants built NOW will not be built until the whole Wall is approved. Big victory yesterday with ruling from the courts that allows us to proceed. OUR COUNTRY MUST HAVE BORDER SECURITY!