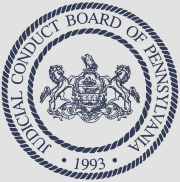 A magisterial district judge in Pennsylvania is accused of yelling at campaign workers for his judicial opponent in a misconduct complaint filed Tuesday by the Judicial Conduct Board.

The complaint accuses the judge, William Maruszczak, of improper campaign conduct and failing to recuse himself in a suit filed by a friend who had donated money to his campaign.

Maruszczak was accused of “yelling at, insulting, or otherwise threatening” three people he believed to be working for his election opponent in 2015.

One of the workers was Marcene Rogovin, who was married to one of Maruszczak’s former professors at Temple law school. (The law professor has since died.) According to the complaint, Maruszczak approached Rogovin when she was working as a volunteer for the Democratic Party outside a polling place, accused her of supporting his opponent, and yelled at her.

Maruszczak allegedly told Rogovin his office was his livelihood, and he was going to call her husband to complain.

He allegedly left a voicemail for the law professor after the election in which he threatened to hold a press conference in which he would accuse Marcene Rogovin of covering up a car accident involving another judge. Rogovin had not covered up any accident, and Maruszczak didn’t actually intend to hold a press conference, according to the complaint.

Maruszczak was accused of confronting another person, Robert DeFelice, a former member of the Montgomery County Republican Committee. Maruszczak had sought DeFelice’s assistance in the primary because of his political connections, but DeFelice did not respond.

Maruszczak had previously drafted a sample complaint for a lawsuit that DeFelice filed against an auto dealership and had promised to accompany DeFelice to court for “moral support,” according to the complaint. When Maruszczak accompanied DeFelice to court, the judge saw people he recognized, and told DeFelice he had changed his mind about going into court with him. DeFelice lost the case.

Maruszczak is a law graduate, but he is not a lawyer.

Maruszczak later learned DeFelice was supporting Maruszczak’s opponent, and Maruszczak confronted DeFelice on the date of the primary. He allegedly yelled, calling DeFelice a “Judas Iscariot” and a liar.

Maruszczak was also accused of confronting yet another person working for his opponent, telling her something to the effect that if something bad happened to her in the future, she would know why. He later denied he was threatening the woman.

Maruszczak could not be reached for comment when the ABA Journal placed a call to his office after business hours.