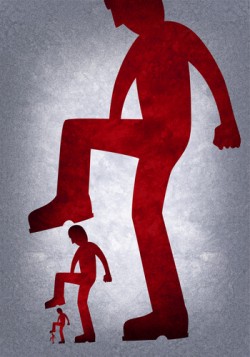 A Florida judge has issued a restraining order against a sixth-grade student accused of beating and bullying another student in the seventh grade.

The 210-pound sixth-grader was accused of becoming angry on Nov. 13 after the seventh-grade student would not give him popcorn he was selling for a fundraiser. According to a police report, the sixth-grader picked up the other boy by his shoulders, slammed him to the pavement, and repeatedly punched him in the head. The seventh-grader had a concussion and was taken to the hospital for treatment.

Yancey found that, after the incident, the aggressor student again stalked and bullied the beaten boy, who weighs about 120 pounds, according to the Lakeland Ledger account.

The mother of the seventh-grader told the Lakeland Ledger that in addition to the severe concussion, her son had neurological issues after the attack. He also had post-traumatic stress disorder, the mother said.

The alleged beating happened just off the grounds of Sleepy Hill Middle School, and the school didn’t discipline or suspend the sixth-grader because of the location, according to the seventh-grader’s mother.

After the judge’s ruling, the school district transferred the accused bully to another school.