Judge tells lawyer to give dashcam video to state; is ruling consistent with defense obligations? 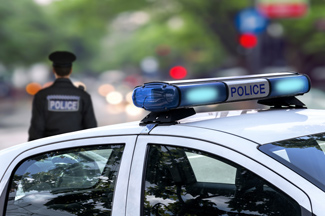 A defense lawyer has an ethical obligation to turn over to the prosecution a New Mexico state police dashcam video that the government lost track of, a judge has ruled. The decision has roiled the defense bar in Las Cruces.

Although attorney Lindsay McDonell-Benatar originally got the video in discovery from the 3rd Judicial District Attorney’s Office, she was concerned that turning over the video was inconsistent with her ethical duties as defense counsel. She said that doing so might put her in the position of having to vouch for the government’s chain of evidence as a witness against her client, reports the Las Cruces Sun-News (sub. req.).

In response to a prosecution motion to compel, Chief District Judge Fernando Macias issued a ruling requiring McDonell-Benatar to turn over the video after she initially refused to provide it.

Her refusal to turn over the video “does run afoul of the spirit” of Rule 3.4 in the Model Rules of Professional Conduct, which forbid a lawyer to “unlawfully alter, destroy or conceal a document or other material having potential evidentiary value,” Macias wrote. He also said her attempt to withhold the video “serves to undermine the truth-finding function of a trial.”

However, McDonell-Benatar had a different perspective. While prosecutors have a duty to turn over any exculpatory evidence to the defense prior to trial, defense lawyers have a narrower obligation only to provide evidence they intend to use at trial, she told the newspaper. “I said that I couldn’t ethically give it to them because we weren’t intending to use at trial.”

Facing a potential contempt case if she didn’t provide the video, McDonell-Benatar brought in attorney Michael Stout to represent her. She sought time to respond and permission of the court to withdraw from the case because “I felt that I did have a conflict with my client.”

Said Stout: “I believe the judge should have denied the government’s request and required it to present a case without the help of the defense attorney.”

However, McDonell-Benatar wound up turning over the videotape. It isn’t clear from the news article whether Macias denied a withdrawal motion and refused to allow a hearing over the evidence issue, or whether the conflict was resolved more informally.

The video was used in a retrial this week of McDonell-Benatar’s client, Johnny Salazar, in a driving-while-intoxicated case. He had initially been convicted in Doña Ana County Magistrate Court but had been granted a district court retrial following an appeal. Once again he was convicted, and a further appeal is planned, the article says.

Although it is unusual for the prosecution to misplace evidence, several defense lawyers who spoke with the newspaper expressed concern about potentially being required to help the government in future cases and said a formal legal ethics decision on the issue is needed.

“We have to take a stand even if it means facing contempt charges,” Mario Esparza told the Sun-News. “This may very well happen again, and we want to prevent it from happening again.”