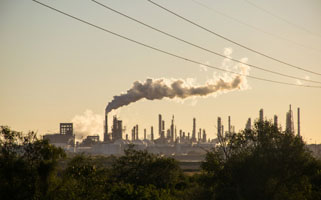 U.S. District Judge John Keenan said climate change “is a fact of life” but it’s a problem that must be addressed by the political branches of government rather than the federal courts. Courthouse News Service and the New York Times have stories.