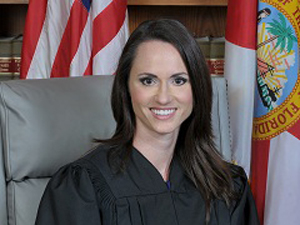 A judge in Broward County, Florida, is considering a motion to hold the South Florida Sun Sentinel and two of its reporters in contempt of court for publishing redacted information that was uncovered by copying and pasting blacked-out online type into a new file.

Judge Elizabeth Scherer said Wednesday that the newspaper disregarded her order that private information should not be released about Nikolas Cruz, charged in the Feb. 14 shooting deaths of 17 people at Marjory Stoneman Douglas High School in Parkland, Florida.

The Sun Sentinel and the Associated Press have stories.

The Sun Sentinel story says the information was confidential but legally obtained from a report on Cruz by the high school. Scherer had ruled about two-thirds of the report contained private information about Cruz that was protected by federal and state law, and it should be blacked out.

The school board posted the report online with blacked-out type, but the hidden text could be read by anyone who copied and pasted it into a new file, the newspaper explained. The paper published the full, uncensored report online.

The information revealed that school officials didn’t properly advise Cruz of his legal options before he was removed from the high school and officials wrote up paperwork rejecting special education services for Cruz to sign, according to the newspaper.

The school board had sought a contempt finding. Scherer didn’t rule on the motion at Wednesday’s hearing, but she did call the Sun Sentinel’s conduct “shameful.”

“From now on if I have to specifically write word for word exactly what you are and are not permitted to print—and I have to take the papers myself and redact them with a Sharpie … then I’ll do that,” she said.

A coalition of 30 media organizations supported the Sun Sentinel in a brief with the court. They argued that the media can’t be punished for publishing truthful information that was obtained lawfully, even if the information was released in error.

Chuck Tobin, a lawyer for the media coalition, told the Sun Sentinel that it would be “flatly unconstitutional” for Scherer to issue any kind of order telling the newspaper what it could and could not print.