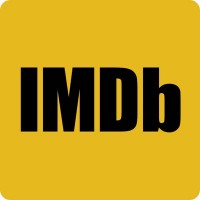 A federal judge in San Francisco has overturned a California law that gives actors the power to remove information about their age from online profiles on the IMDb website.

U.S. District Judge Vince Chhabria ruled that the law is a direct restriction on truthful speech that violates the First Amendment, report the Recorder, BuzzFeed News, Courthouse News Service, the Hollywood Reporter and the Associated Press.

The law was intended to combat age discrimination in the movie industry, according to California and the Screen Actors Guild-American Federation of Television and Radio Artists. But that argument, if successful, “would enable states to forbid publication of virtually any fact,” Chhabria said in Tuesday’s opinion.

“That a third party could misuse truthful information is almost never sufficient to justify suppression of that information,” Chhabria wrote.

The actual problem the state is trying to solve, Chhabria said, is sex discrimination. The problem, he said, is “the movie industry’s insistence on objectifying women, overvaluing their looks while devaluing everything else,” he wrote.

The law requires online entertainment employment service providers, such as IMDb, to remove age-related information from an online profile at the request of a paid subscriber, even if the information was supplied by another source.