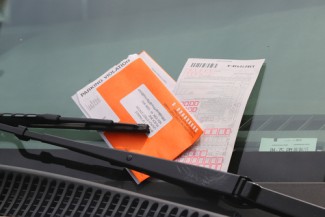 A smartphone-application-based business that helps individuals fight tickets has been acquired by a law firm with an unusual emphasis on technology.

Fixed, which had faced pushback on a number of fronts—including claims of intruding into the law-practice arena, even though it was working with attorneys in multiple states—as well as resistance by municipal entities, has now been acquired by Lawgix on undisclosed terms, Tech Crunch reports.

Fixed’s technology allows a driver to send in a photo of a ticket and get a computerized review of possible defenses, and also generates a letter to the municipality in question. Lawgix plans to to expand into 17 states, the article reports.

Fixed founder David Hegarty has mixed feelings about selling the technology. It wasn’t the outcome he wanted, but it will be a relief to stop battling those who argued that a non-law firm shouldn’t be providing information about ticket defenses.

“We started rubbing up against the existing attorneys in that system, and they would file complaints to the [California] Bar Association about us,” Hegarty said. “We had worked with an ethics attorney in L.A. to stay in compliance with all these rules and regulations, but it just became really hard. It was another stranglehold on the business.”