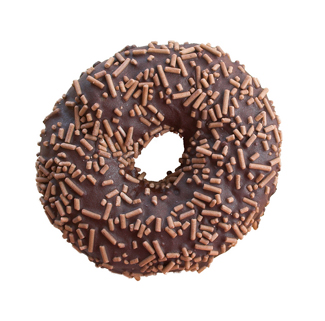 A federal judge in Miami has kicked a Florida lawyer and his firm off of a fair labor class action partly because of “flagrant disrespect” in a prior case involving the same corporate defendant and the same opposing counsel.

The lawyer is Richard Celler of Morgan & Morgan, who sued a limousine service and corporate officers in both cases. According to an order (PDF) by U.S. District Judge Cecilia Altonaga, Celler made “choice statements” in an email to opposing counsel in the prior case and disparaged the opposing lawyer before his clients. Celler was also accused of “deplorable behavior” in the prior case, including: He scheduled depositions at Dunkin’ Donuts, attended them in T-shirts and shorts, and then drew penis pictures and played the game Angry Birds during deposition testimony.

Above the Law, the South Florida Lawyers blog, and the Miami New Times blog Riptide have stories.

Though Celler’s conduct occurred in a prior case, Altonaga wrote in the order, it is still relevant because it embarrassed the defendants and interfered with their relationship with their lawyer, Jason Coupal. Altonaga said Celler acted with “flagrant disrespect” and engaged in a consistent course of unprofessional conduct.

In one instance in the former case, Celler was accused of telling defendant Scott Tinkler, an officer of the limousine company, that the limo company could afford a better lawyer and he would never settle with Coupal. Celler claims he merely advised Tinkler to hire outside counsel who specializes in labor issues, and it wasn’t an ex parte conversation because Coupal was within view. But the judge cited an email written by Celler to Coupal in which he appeared to confirm the allegation about the refusal to settle. She also cited the email for its “utter lack of professionalism.” An excerpt reads:

“It is apparent that your MO is trying to purposefully delay things as much as possible. This is because it appears (from what I observed at trial), you are not a trial lawyer. If you want to play in the sand box with trial lawyers, you are going to do it the right way or we are going to call you out to the judge—every time. …. We are not interested, nor are our clients, in settlement discussions with you as long as you are the lawyer on the other side. You are causing your client a great disservice. If you were not on the other side of the table, we would have a better chance of any resolution and would sit with the principals of the company. I have told Scott Tinkler this. Time to put your boots on and get to work. No more whining, no more complaining about how you have no support staff, no more complaining about how much work you have to do. Nobody on this side of the Internet cares.”

Celler had chalked up the email to overzealousness on his part, but Antonaga disagreed. “Needless to say, Celler’s emails are far beyond (and at the same time, far short of) what zealous advocacy would require,” she wrote.