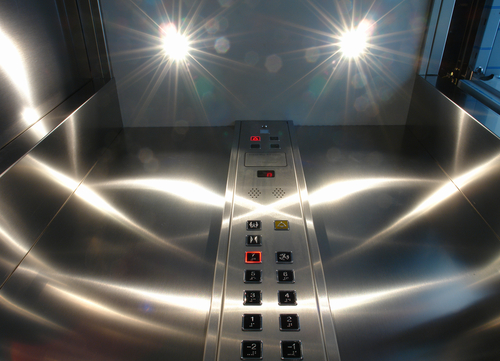 A law firm has settled a disability claim by a former associate in Philadelphia who alleged the firm failed to accommodate her claustrophobia.

Marshall Dennehey Warner Coleman & Goggin confirmed that it had resolved the matter after it was sent to arbitration, the Legal Intelligencer (sub. req.) reports. Neither the law firm nor the former associate, Erica Serine, disclosed any details of how the case was resolved.

The associate, Erica Serine, said she experienced anxiety and other symptoms of claustrophobia when riding the elevator to the 24th floor of the law firm in Philadelphia, and when she could not be near a window. Serine said the law firm failed to transfer her to one of three other preferred offices to accommodate the disability.

U.S. District Judge Berle Schiller had refused to dismiss the suit in March 2015 and sent it to arbitration. Schiller dismissed the case last Thursday after Marshall Dennehey and the associate filed a joint stipulation saying they had agreed to the dismissal, Law360 (sub. req.) reports.

According to Schiller’s February 2015 opinion, the firm had transferred Serine to the Philadelphia office at her own request. She had sought to work either in Philadelphia or Cherry Hill, New Jersey, because her family wanted to live in the area.

But after experiencing claustrophobia, Serine asked to be transferred to Cherry Hill or to the firm’s Pennsylvania offices in King of Prussia or Doylestown.

The firm did allow her to work at home for three months, then told her in January 2013 that she could work in Philadelphia or in Moosic, Pennsylvania, where she had previously worked before the Philadelphia transfer. The firm informed her she was being fired the next month, according to the opinion.