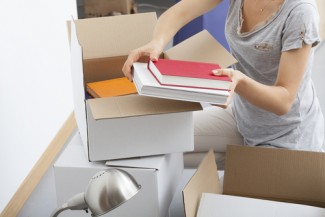 GW enrolled 97 transfer students, and more than half came from American University’s Washington College of Law, the GW Hatchet reports.

“Speaking only for myself and not in my official law school capacity, I view this practice as downright predatory,” Varona wrote. “No other law school is similarly raided anywhere else in the United States.” The poaching of students from his school, Varona said, causes “quite a bit of disruption.”

“GW Law is an excellent and honorable law school,” Varona adds. “This practice is far beneath its illustrious history and reputation. Thank goodness it has an outstanding, and ethical, new dean in Blake Morant.”

George Washington isn’t the only law school with a significant number of transfer students from one particular feeder school, says University of St. Thomas School of Law professor Jerry Organ in a Legal Whiteboard post noted by TaxProf Blog.

In percentage terms, Arizona State had the most transfer students, at 51.6 percent of its previous first year class, followed by Idaho at 51.4 percent. George Washington was sixth on the list, at 20.2 percent.

Story corrected on Jan. 16 to identify Organ’s law school as the University of St. Thomas School of Law.