Law schools dive into virtual reality experiences for their students 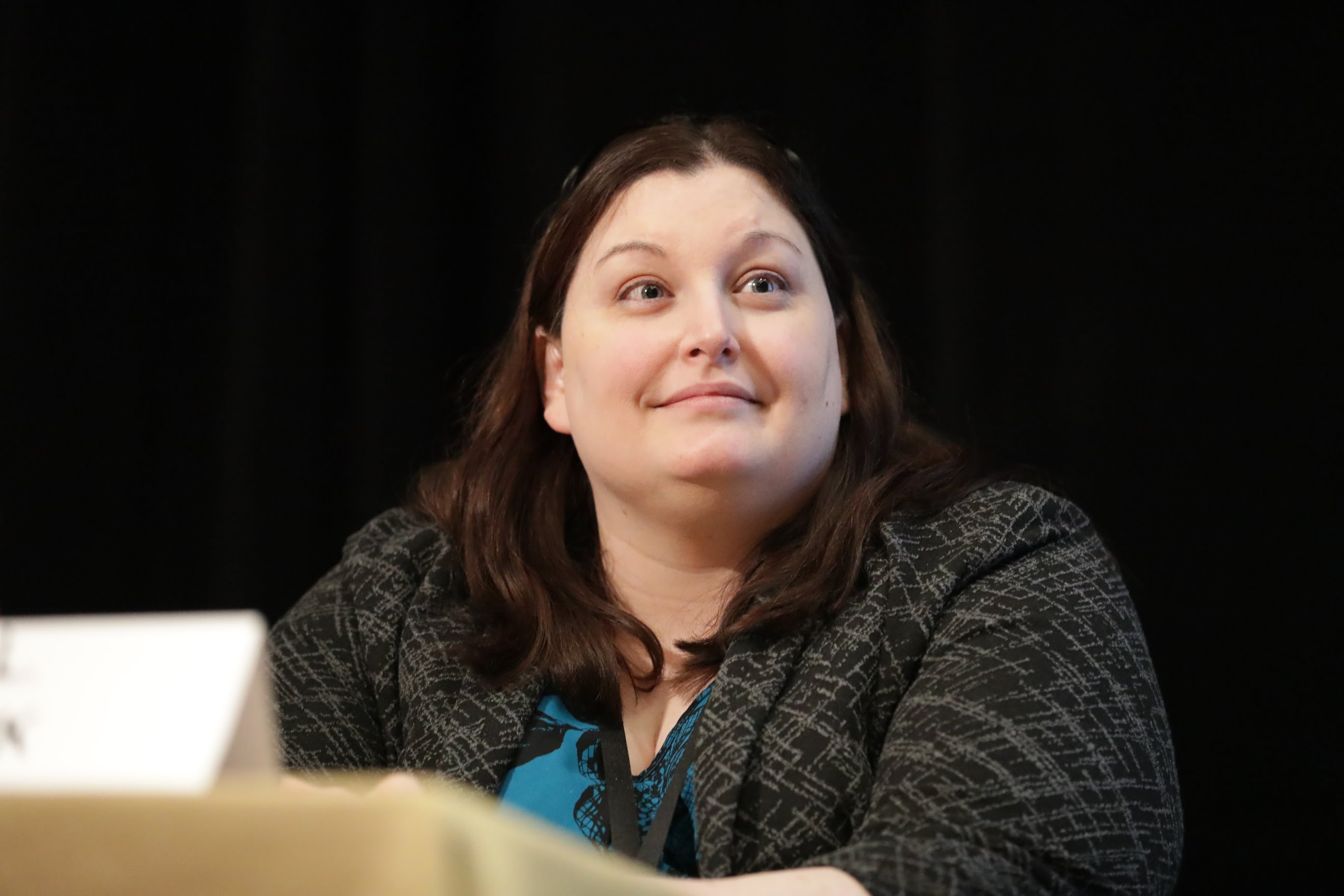 Corrected: Law schools are ramping up efforts to provide more experiential learning opportunities through virtual reality experiences that will allow both students and practicing attorneys to practice their lawyering skills anytime, anywhere.

“I was walking past the courtroom one day and saw students just waiting to use it … I also have spoken to attorneys in big firms who don’t have places to practice,” said Jennifer Wondracek, director of legal educational technology at University of North Texas Dallas College of Law. “My thought was, well, why not create a virtual courtroom?”

Wondracek served as a panelist for the “Virtual Reality: Opportunities for Teaching and Using it in Law Practice” presentation at this year’s ABA Techshow along with Kenton Brice, director of technology innovation at the University of Oklahoma College of Law and Ayyoub Ajmi, digital communications and learning initiatives librarian at University of Missouri Kansas City School of Law. They spoke about the advances their respective institutions have made in bringing virtual reality to their students and colleagues.

According to Ajmi, trial advocacy classes at UMKC Law have been incorporating cameras that shoot videos with a 360-degree angle. He argued that these cameras are helping students self-assess their public speaking capacities better than ever.

“By introducing a camera with a 360-degree angle, I’m recording both the student as an attorney and the jury at the same time,” Ajmi said. “Later when they’re looking back, they can look at their own performance and communication and also see how the jury interacts with whatever they’ve been saying without having to rely on more than one camera device.”

Ajmi made it clear that although panoramic imaging has been around for quite a while, the proliferation of affordable cameras in the consumer market that implement it is an important step towards integrating total virtual reality into experiential law school courses such as trial advocacy.

The University of Oklahoma and UNT Dallas College of Law are looking ahead into creating entire virtual reality universes to give their students opportunities to practice in realistic environments before engaging in an actual high-stakes situation, according to Brice and Wondracek.

Brice noted that the University of Oklahoma has launched the Oklahoma Virtual Academic Laboratory in order to provide students all across the campus with educational virtual reality experiences. According to him, this lab contains high-powered virtual reality machines that allow users to enter a different universe. He also said that he has introduced drones that are tethered to 360-degree video cameras.

He mentioned that practicing attorneys have already been taking advantage of such technology to simulate situations such as evidence presentation in meditation and arbitration and discovery requests and responses. However, he acknowledged that implementation in the classroom is still a work in progress.

“We’re still trying to figure out student adoption … right now, it’s more on the faculty side trying to think through,” Brice said.

In the future, Brice said he hopes to see 360-degree video depositions and virtual, remote courts.

On the other hand, UNT Dallas College of Law, a newer law school that began its first academic year in fall 2014, is looking to integrate virtual reality into an eLearning Studios public speaking app that it has been pilot testing to help its students prepare for advocacy tournaments. According to her, the American Association of Law Libraries has provided her with a $2,500 grant to fund the pilot.

“As attorneys, we all know courtrooms and boardrooms can be scary places … so that’s why my goal is to create a virtual courtroom for our students,” Wondracek said.

According to her, companies like Deloitte are using the same app technology. Additionally, she pointed out that eLearning Studios has already been in touch with the University of Law in England to collaborate on creating a virtual, remote court.

One of the biggest challenges that these law schools have faced in implementing virtual reality technology into their teachings are the hardware limitations.

For instance, Ajmi pointed out how the difficulties of using 360-degree videos come about when they are rendered, which takes almost as much time as the video itself. “The 360 video is really difficult because there is a lot of data in the files,” Ajmi said. “The files that they generate are huge and take up a lot of space.”

Moreover, there is a limited availability of readily available technical expertise at these law schools. Most law students and professors are simply not versed in high-tech.

“I am a lawyer—I am not a coder, I am not a graphic designer, I am not a videographer,” Brice exclaimed when describing the challenges Oklahoma has faced in sustaining virtual reality technology.

Story revised at 3 p.m. to remove incorrect statements saying that Deloitte is helping Jennifer Wondracek develop a VR app and that she is collaborating with the University of Law in England.