Lawyer fingerprinting in this state turns up over 2,200 convictions unknown to bar 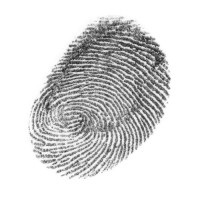 A California court rule requiring lawyers to be fingerprinted has turned up more than 6,000 criminal history reports, including more than 2,200 convictions previously unknown to the state bar.

The 2,200 unknown convictions include 20 unreported felonies, Above the Law reports.

The number of convictions likely will increase as more lawyers get fingerprinted ahead of an April 30 deadline. In its latest update, the State Bar of California said about one-third of the state’s active lawyers had yet to be fingerprinted.

The bar is focusing first on convictions for crimes more serious than infractions committed by active lawyers, obtained after their admission to the bar.

The bar wants the fingerprints to comply with a law that requires the state bar to receive notifications of lawyer arrests and convictions from the California Department of Justice. The bar was out of compliance with the mandate until last year, according to the state bar website.

Although lawyers were required to submit fingerprints when they were admitted to the bar, those fingerprints were not retained for future notifications.

Lawyers who miss the deadline will be fined, and those who ignore the mandate will be placed on inactive status as of Dec. 1.