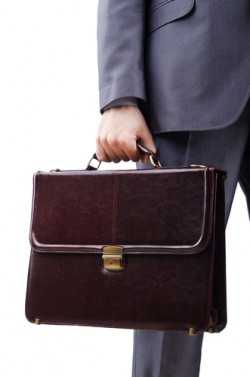 A California lawyer who was appointed to represent a capital defendant after a longtime absence from law practice is no longer on the case.

Lawyer Gary Turnbull, now 74, was ousted from the case at the request of the defendant, Juan Pablo Vega, who is accused of killing two people at a nightclub, the Los Angeles Times reports. Turnbull had regained his law license in October after he did not practice law for nearly two decades.

The American Civil Liberties Union had sought Turnbull’s removal in Vega’s Kern County case partly because of his long law-practice hiatus. The ACLU also cited Turnbull’s past sexual relationships with two daughters of a client who was accused of killing her husband. The relationships took place in 1986 and 1988, before and during the woman’s trials, according to past coverage by the Los Angeles Times. Turnbull had fathered a child with one of the daughters.

Cassandra Stubbs, director of the ACLU’s Capital Punishment Project, told the Los Angeles Times that Turnbull’s removal is a positive development. “This continues to show the need for a closer look at the way the death penalty system is broken in California,” she said. “There are so few mechanisms for oversight over, really, this abysmal quality of lawyering.”

Turnbull had been appointed to Vega’s case because of a conflict of interest by the public defender’s office. The public defender had represented Vega’s girlfriend, accused of soliciting the murders.

Turnbull was suspended from law practice in 1995 for not paying child support and in 2004 for not paying bar dues. Turnbull said he didn’t renew his law license because he had cancer and moved to Canada. In a court filing, Turnbull said he had handled more than 100 criminal jury trials during his career and had attended 300 hours of death penalty seminars.

Turnbull told the Los Angeles Times last month that the California bar never found his relationship with the client’s daughters to be unethical. “According to court rules, I’m totally qualified,” he said.

Turner told the Los Angeles Times he is handling two other capital cases.