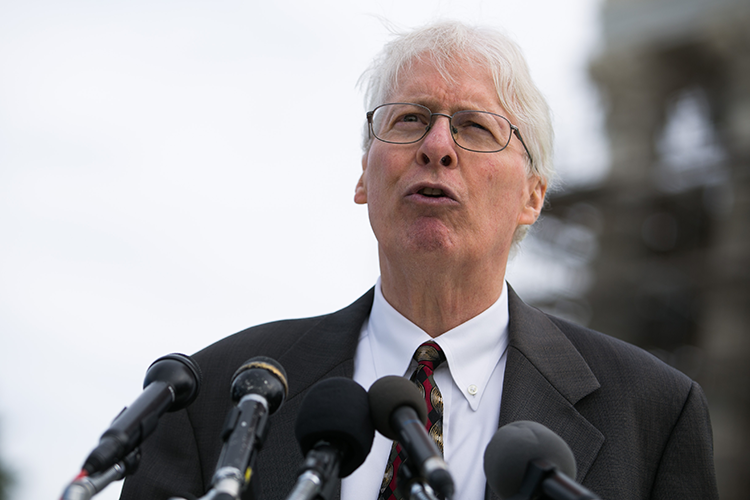 The Indiana lawyer who drafted a model law to ban abortion tells Politico that the pregnant 10-year-old girl who came to his state for an abortion should not have terminated her pregnancy.

James Bopp said the abortion wouldn’t have been allowed under his model law, which contains an exception allowing abortions only to prevent death of a pregnant person.

“Unless her life was at danger, there is no exception for rape,” Bopp told Politico. “The bill does propose exceptions for rape and incest, in my model, because that is a pro-life position, but it’s not our ideal position. We don’t think, as heartwrenching as those circumstances are, we don’t think we should devalue the life of the baby because of the sins of the father.”

Bopp is general counsel for the National Right to Life.

The Indianapolis Star had reported on the girl on July 1. An Indianapolis obstetrician-gynecologist told the newspaper she had received a call about the girl from a child abuse doctor in Ohio. The young patient was a little more than six weeks pregnant, which made her unable to get an abortion in her home state. The girl ended up traveling to Indiana for an abortion.

A 27-year-old Columbus, Ohio, man has been charged with raping the girl after he allegedly confessed, the Columbus Dispatch reports.

Bopp’s model law doesn’t provide for criminal charges against women who have abortions. But it does make it a felony to perform or to aid and abet and abortion, the Indianapolis Star reports.

The law allows women who obtain abortions to bring wrongful death suits against the provider. Civil suits for violations could also be brought by prosecutors, by the father of the fetus and by grandparents of the fetus.