‘We need to sometimes decompress,’ says lawyer about his high-profile partner’s death 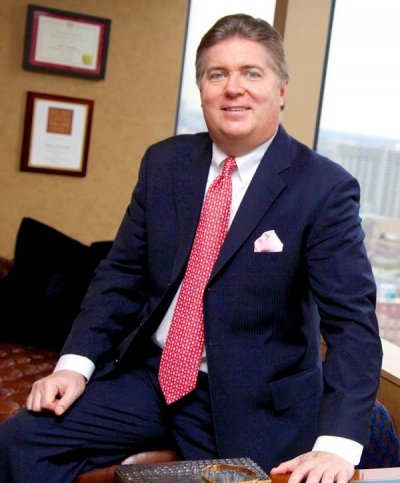 Slade McLaughlin was described as “a force of nature” by Paul Lauricella, his partner in the personal injury firm that they founded in 2011. Photo courtesy of McLaughlin & Lauricella.

A high-profile Philadelphia lawyer who represented sex-abuse victims died Saturday in an apparent suicide, according to his law firm partner.

Law.com has the story on the death of Slade McLaughlin, described as “a force of nature” by Paul Lauricella, his partner in the personal injury firm that they founded in 2011, McLaughlin & Lauricella.

“Slade was the most righteous guy I knew,” Lauricella told Law.com. “He’s the guy you want in the foxhole with you. He was always there to give and always helped other lawyers.”

Lauricella told Law.com that McLaughlin had appeared stressed before his death. Among his apparent worries was the amount of work that his firm was facing as trials resumed.

“I’d have to sit with him and tell him, ‘What are you worried about? Last year, we had our best year ever, and this year, we’re on track to have another great year,’” Lauricella told the publication.

Lauricella speculated that McLaughlin maight have had trouble seeking the help he needed because he was always solving problems for others.

“I think this is also a lesson to a lot of us who may take this work more seriously than it needs to be taken, that we need to sometimes decompress and take a break,” Lauricella said.

McLaughlin is survived by his wife and children, according to personal injury lawyer Jon Ostroff, who also spoke with Law.com.

“He did so much for so many people, and he rarely just stopped to celebrate all that he accomplished,” Ostroff said.