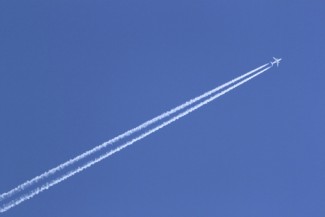 A plaintiffs lawyer seeking to uphold a $91 million verdict against a nursing home bought a Lear jet from the husband of the state chief justice who went on to rule in his favor.

ABC News has a story about the transaction involving companies owned by the lawyer, Michael Fuller, and the husband of West Virginia Chief Justice Robin Jean Davis. Fuller also helped line up campaign contributions for Davis; persons with connections to Fuller and his legal team donated $35,000, the story says. (Davis paid for most of her campaign, however, with her own funds.)

At issue in the case before the West Virginia Supreme Court was whether the $500,000 cap on punitive damages in medical malpractice cases applied to cases of alleged nursing home abuse, according to the ABC story. Davis wrote the majority opinion upholding the verdict but cutting the amount to $40 million. The case later settled for $38 million, and Fuller’s firm received more than $17 million.

Davis did not disclose the deal to purchase the jet, telling ABC she wasn’t obligated to do so because it involved her husband, Scott Segal, a trial lawyer in West Virginia. “With regards to my husband’s plane, let me … be abundantly clear, the plane is owned by my husband, it was sold through a broker, an airplane broker, and I understand that ABC has spoken to my husband, and to the broker,” she said. “Other than that, I have nothing else to say to them. Have a great day.”

When the network pressed her whether she should have disclosed the deal, Davis replied with a question. “I am asking you sir, why should I?” she said. “I have no business relationship with him then, or now.”

Segal told ABC he wasn’t involved in marketing of the plane, and when the offer was made he accepted it. He never spoke to Fuller or anyone from his law firm, Segal said. “It was an asset of my law firm,” he said. “It was my firm’s asset to sell… [My wife] doesn’t have anything to do with this law firm.”

New York University law professor Stephen Gillers spoke with the network about whether Davis should have recused herself as a result of the jet sale. A crucial detail, he said, would be whether the plane sold for more than its market value and whether Segal was unable to find a buyer for the plane.

“Is there smoke here?” Gillers asked. “Yes. Is there fire? We don’t know.”