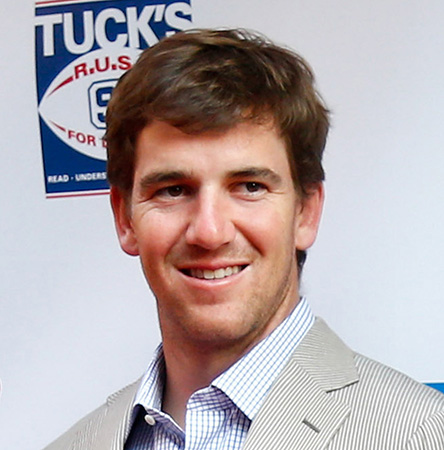 A lawyer in an ongoing lawsuit against the New York Giants and their starting quarterback, Eli Manning, revealed an email that he says bolsters his case against Manning and the Giants for providing fraudulent memorabilia to collectors.

On Thursday, the New York Post reported that a court filing by lawyers representing three memorabilia collectors contained an email message from Manning to the team’s equipment manager asking for two football helmets that could “pass as game used.” The lawyers, who had filed a civil racketeering lawsuit against Manning, the Giants and others in New Jersey’s Bergen County Superior Court, said in their filing that they received the email from Manning himself, and alleged that the Giants and the equipment manager who received the email, Joe Skiba, had deleted their copies of the email in violation of league policy.

“Since it appears that the Giants failed to preserve any emails between Manning and Joe Skiba, and the Giants are keeping Skiba on the payroll and paying his substantial legal bills, the above email exchange may be the only direct evidence that Manning knowingly gave fraudulent helmets to Steiner for sale to fans,” the collectors’ lawyers said in their court papers.

Brian Brook of Clinton, Brook & Peed, an attorney for the plaintiffs in the suit, told the New York Daily News that “Eli Manning, to his credit, he and his lawyers did produce this email, that is the basis for the newest bit of what is going on.”

According to the Post, the three plaintiffs in this matter paid thousands for what they believed were game-used equipment. One plaintiff, who paid $4,300 for a purportedly game-worn helmet from the 2007 Super Bowl season, called his piece of memorabilia a “$4,000 paperweight.”

In a statement, Giants lawyers McCarter & English said that the email was taken out of context and vouched for the integrity of its starting quarterback. “The email predates any litigation, and there was no legal obligation to store it on the Giants server. Eli Manning is well known for his integrity, and this is just the latest misguided attempt to defame his character.”

ESPN reports that it’s unlikely that Manning, the Giants or any employees of the organization would face criminal prosecution given the federal five-year statute of limitations.