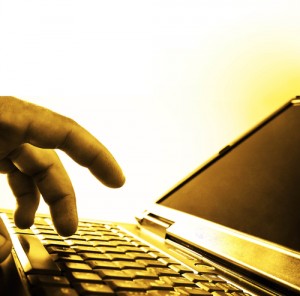 Updated: A Texas lawyer sent a letter to a Mansfield diner last week demanding $252.25 in compensation because it ran out of the homemade soup that was supposed to come with his meal.

Attorney Dwain Downing of Arlington said in the letter that he went to Our Place Restaurant on April 16 and ordered the $7.95 Saturday lunch special, which was supposed to come with soup, two sides, cornbread with honey butter and an entree, according to the Dallas Morning News and the Fort Worth Star-Telegram. When he sought a substitution or a price reduction, since the soup was unavailable, a staffer refused, Downing said.

The letter threatens litigation if Downing’s demand is not met within 10 days, pointing to the possibility of treble damages and an attorney’s fees award if the restaurant is found to have engaged in a deceptive trade practice as well as a breach of contract. The $252.25 he seeks in the letter is comprised of his hourly rate of $250 plus $2.25 for the value of the soup.

“The menu is an offer for a contract by you,” Downing writes in his April 18 letter. “I accepted the offer. This action … created a binding contract which is legally enforceable in a court of law. You then breached the contract by not providing the soup as promised by you on the menu.”

Owner Benji Arslanovski was not intimidated. He posted the lawyer’s letter on the Facebook page for Our Place and said he intends to fight in court, if need be, rather than acquiesce to Downing’s demands, the Star-Telegram reports. “We don’t charge for soup, it comes free with your meal and clearly states ‘while supplies last,’ ” Arslanovski wrote on Facebook. “I knew we had good soup but never thought we would get sued for it!!”

The restaurant has also turned the media attention into a charity campaign, promising that diners who bring in cans of soup to donate to a local food bank will receive a 10 percent discount on their meals.

“Isn’t it amazing?” Arslanovski said. “This could have been solved with a simple phone call, and he could have come by and gotten a free cup of soup.”

Downing’s response: “I’m a lawyer,” he told the Morning News on Friday. “And lawyers write letters.”

However, by Monday, Downing had abandoned his plans to sue.

Updated April 28 to note that Downing is no longer pursuing the action.