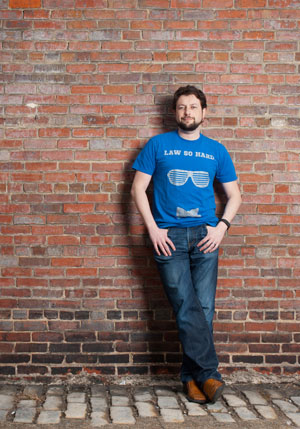 Corrected: Keith Lee, founder and moderator of Lawyer Slack, is updating and rebranding the online community as LawyerSmack.

“I made this change to ensure quality of the community,” says Lee, who is based in Birmingham, Alabama.

While watching this international community grow, Lee also saw the project take up more of his time. He says several options were considered, including taking venture capital to build a larger, profit-driven version. Ultimately, he decided against that route, because “a smaller, focused premium community is the best fit for what I wanted to do.”

Run off the group communications platform Slack, Lawyer Slack started as a component of Associate’s Mind, a legal blog run by Lee. Today, it boasts almost 600 members exchanging 15,000 to 20,000 messages a week on 100 channels, which are like chat rooms.

With the new functionality, members can more easily search the member directory, and improved archiving will allow the community to retain conversations for later reference.

While he expects membership to drop in the short term because of the new paywall, he says the “vast majority” of responses from current members has been “supportive.”

To improve the community, Lee also launched a vendor partnership program where companies will pay to access the community and offer discounts to members. Currently, Lee says that Hoban Cards, a high-end paper company, and legal startup Book-It Legal are inaugural vendors. He plans to roll out more vendors in 2018.

For now, the community is capped at 1,000 total members. Those who sign up before Jan. 5 will permanently keep their annual membership fee at $99. All applications are reviewed to make sure those who apply and are accepted have a JD, LLM or equivalent.

Story corrected on Dec. 7 to reflect that Associate’s Mind is a legal blog and not a professional coaching business as previously reported.