Lawyer speaks out about eating disorders in men 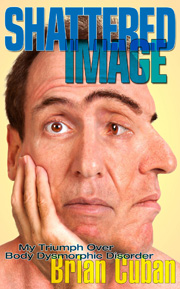 Up to 25 percent of the people suffering from eating disorders are male, though media coverage suggests the problem is a woman’s illness, according to a lawyer who is trying to raise awareness about the issue.

Lawyer Brian Cuban—the brother of billionaire Mark Cuban—says he suffered from bulimia and anorexia for 27 years. Writing at greatist.com, Brian Cuban says he was ashamed of his behaviors and didn’t realize he had a psychological disorder.

“It was certainly not what boys and men did,” Brian Cuban wrote. “At least, I didn’t think so. I had been taught that men strive to be leaders. Men love sports. Men go on dates with pretty girls. Men certainly don’t stick their fingers down their throats. The shame was overwhelming, yet the emotional release I obtained was all-consuming and needed, it felt, to be repeated in order for me to survive.”

Though more people are sharing their stories about the illness, “this is just the start of awareness,” he says, “some small steps in the grand scheme of the suffering. We still have a long way to go.” He hopes for gender-balanced reporting on the issue, and more and better insurance coverage.

The Washington Post notes the article. Brian Cuban is the host of a syndicated morning show on EyeOpenerTV and the author of a memoir called Shattered Image: My Triumph Over Body Dysmorphic Disorder. He also writes a blog, The Cuban Revolution.