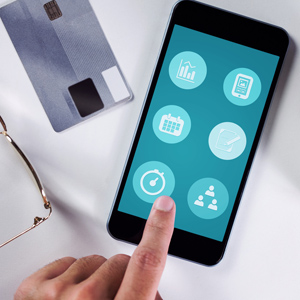 When he was still a law student, Matthew Stubenberg used his programming skills to create an app that helps Maryland residents expunge their criminal records. Then when he became a lawyer and began working at Maryland Volunteer Lawyers Service, he developed a computer program to search government databases and flag legal issues for new clients.

Stubenberg sees a lot of other technological possibilities, the New York Times reports. “There’s a lot of low-hanging fruit that hasn’t been grabbed yet,” he told the newspaper.

People using Stubenberg’s expungement app, MDExpungement, enter a case number that locates the case on Maryland’s public database. The software determines whether the case is eligible for expungement, and if so, transfers the information to an expungement form to be filled out.

The client intake program is called Client Legal Utility Engine, or CLUE. It locates expungeable criminal records of the legal aid group’s Baltimore clients, and identifies those people who could lose their homes because of unpaid water bills or other risk of foreclosure. Stubenberg hopes to get funding to develop the software for statewide use.

He has other ideas as well. An app could be developed, for example, that allows homeowners facing foreclosure learn whether the bank filed papers in the right order and on the right date, he says.

The Times article also refers to a national initiative to increase access to justice called LawHelp Interactive, which is part of Pro Bono Net. It partners with legal services groups in 39 states to produce legal documents that meet state requirements.