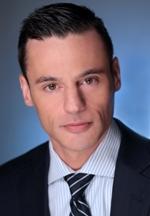 The suit by Niche Music Group says Schlossberg had a duty to refrain from conduct detrimental to clients, and his recorded rant amounted to breach of the engagement contract as well as legal malpractice. The American Lawyer has coverage.

Niche Music had hired Schlossberg in January 2018 to file suit against Sony Music Entertainment and another company. In May, Schlossberg was recorded in a video ranting about Spanish-speaking restaurant employees and threatening to call immigration authorities to have them kicked out of the country.

News coverage named Schlossberg’s clients, including Niche Music, forcing the company to find successor counsel, according to the lawsuit, filed in New York state court. The suit seeks more than $50,000 in damages.

Schlossberg later apologized on Twitter and praised New York for its diversity.

A person who answered the phone at Schlossberg’s firm said any questions from journalists would have to be made in writing. He did not immediately reply to questions submitted through his firm’s contact form.