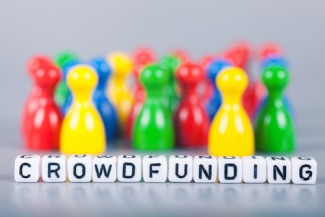 Lawyers are generally free to represent clients who use crowdfunding to pay for representation, although the ethical implications vary based on the lawyer’s level of involvement, according to a new ethics opinion.

The Legal Profession Blog notes the opinion, which focuses on funding raised through donations rather than investors who hope to profit from the legal matter.

When the client raises funds from donors, lawyers should be aware of a heightened risk of fraud, money laundering and other criminal activities in connection with the exchange of funds, and the lawyers should take steps to avoid unwittingly assisting in such conduct, the opinion says.

Lawyers also should consider counseling a client who raises fees through crowdfunding about the risks of disclosing case information to third parties, including the risk of waiver of attorney-client privilege, according to the opinion.

When the lawyer exerts control over the crowdfunding, an ethics rule governing compensation from third parties applies. In such cases, the client must give informed consent, there must be no interference with the lawyer’s professional judgment or independence, and the lawyer can’t voluntarily share confidential information with donors.

In addition, communications used to solicit funds must be truthful and must take into account confidentiality obligations.

“The committee recommends informing contributors that their donated funds are nonrefundable, that they will not receive confidential information about the client’s matter, and that they may not interfere with or otherwise exert control over the lawyer’s work,” the opinion states.

Even in crowdfunding cases, lawyers are still obligated to place fees in trust for the client and to transfer funds to the operating account only as fees are earned. Lawyers are generally able to place unearned fees in their operating account with a client’s informed consent, but “the committee recommends caution around this exception when crowdfunding,” the opinion says.

“Crowdfunding increases the risk that a lawyer could be perceived as seeking an unreasonable fee,” the opinion says. “This is in part because of the ease by which the amount of money in excess of what is required to fund the representation may be raised and in part because some clients may exercise less scrutiny over the lawyer’s bills since the client is not personally, or at least not solely, responsible for payment. Placing crowdfunds in a trust account until the lawyer earns the fee or incurs the expense ensures that there is a clear delineation of lawyer funds and client funds.”

To avoid raising too much money, lawyers who are directing crowdfunding should have a plan in place, approved by the client, to end crowdfunding when it appears enough money has been raised.