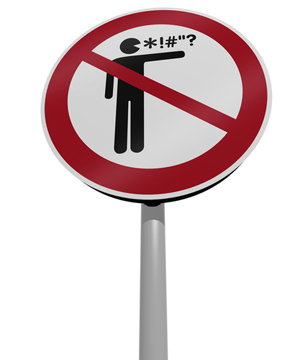 A lawyer who contended he was “baited” into making offensive statements to opposing counsel failed to persuade an Illinois disciplinary review board to remand the ethics case against him for a new hearing.

In an April 10 opinion, the Review Board of the Illinois Attorney Registration and Disciplinary Commission upheld hearing board findings in the case of lawyer David Alan Novoselsky, accused of calling his opposing counsel names in a drawn-out wrongful death case profiled in the Chicago Tribune. The Legal Profession Blog has highlights from the opinion.

“Because we find respondent’s actions to be egregious,” the review board said, “and because respondent lacks any remorse or understanding of his misconduct, we recommend to the court that he be suspended for six months and until further order of the court.” The hearing board had recommended a finite six-month suspension.

The review board also recommended that Novoselsky be ordered to return $30,000 in unearned fees.

During the wrongful death case, Novoselsky routinely called a female lawyer names, including “b—-,’ ‘‘asshole,” “slut,” “c—,” “pervert,” “whore” and “child molester,” the review board said. He called another lawyer an “idiot” and a “cokehead,” and called a deputy a “dumbbell” after she asked him to lower his voice, according to the review board opinion.

The review board said it rejected any notion that Novoselsky was provoked or was justified in making making the comments. “His attacks on opposing counsel and a court deputy displayed an utter disregard for the integrity of the courts,” the review board said. “While he may still believe that he was provoked, the record indicates otherwise. We find his conduct to be indefensibly outrageous.”

In mitigation, the review board noted that Novoselsky had practiced law for 40 years without being disciplined, he had performed pro bono work and had been active in bar associations.

Novoselsky did not immediately respond to an email and phone message seeking comment.