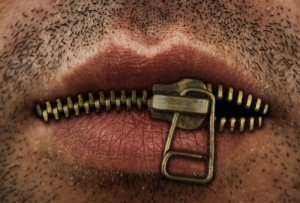 Kramer Levin Naftalis & Frankel will have to pay attorney fees covering an opponent’s deposition costs because one of its lawyers repeatedly instructed a witness not to answer questions.

Law360 (sub. req.) says the litigation involved a “highly tumultuous business divorce” between co-CEOs of a translation services company. One of the CEOs, Philip Shawe, had sought to disqualify Kramer Levin lawyer Ronald Greenberg from representing the other CEO, saying Greenberg has been a central figure in past disputes, according to this prior Law360 story. Kaufman was representing Greenberg in the deposition.

The opinion by Chancellor Andre Bouchard said Kaufman objected to many questions that “were benign and did not implicate any privilege.” The opinion listed many examples, including these:

Q. And in that e-mail you called Mr. Shawe’s e-mails foolish. Correct?

Mr. Kaufman: Direction not to answer. He is not going to characterize his communications. They say what they say… .

Q. Mr. Greenberg, did you have oral communications with ADP regarding TransPerfect in the period March and April and May 2014?

Mr. Kaufman: Direction not to answer. …

Mr. Kaufman: Direction not to answer. …

Bouchard said he was sanctioning Kramer Levin but not Kaufman because he was acting primarily as counsel for the witness during the deposition.

Neither Kaufman nor a spokesperson for Kramer Levin immediately responded to a request for comment.