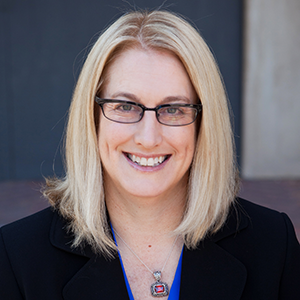 One of the constant criticisms of the Washington limited license legal technician is that there only around 30 licensed technicians so far—even though the program is still in its infancy. A second challenge is that, currently, the LLLT cannot represent a client in court.

In many jurisdictions that are considering LTs, or something similar, the impetus is not just to deter the unauthorized practice of law and protect consumers but to also reduce the number of unrepresented litigants. Here, I will examine the apparent contradiction to reduce this unrepresented number with programs that recommend creation of LTs that cannot represent clients by comparing the proposed LT programs in Oregon and Utah with the New York City Court Navigator Program and the Ontario, Canada, paralegal program.

States like Oregon and Utah have studied Washington in developing their proposed LT programs. However both have stopped short of recommending that nonlawyers be allowed to appear on behalf of clients in court. On a continuum, it appears that Utah has decided that LTs cannot attend court and Oregon has proposed to allow LT attendance but has not gone as far as the NYC CNP.

NYC launched the CNP in February 2014, using nonlawyers to support and assist unrepresented litigants during their court appearances in landlord-tenant and consumer debt cases. Court Navigators, who have special training and are supervised, give general information, written materials and one-on-one assistance. Also, Court Navigators provide moral support, assist with court forms, help keep paperwork orderly, access interpreters and explain the court process to litigants, including the roles of everyone in the courtroom. The Court Navigator is also permitted into the courtroom in the Bronx, New York, Kings, and Queens County Housing Court and Bronx Civil Court to respond to factual questions asked by the judge but not to represent clients in the traditional lawyer sense. The program has been a success as reported in this 2016 American Bar Foundation report, and most importantly, the clients benefit.

The statistics in the 2015 Utah Supreme Court Task Force to Examine Limited Legal Licensing report identify the need for courtroom help with the top three categories outlined below:

• Debt Collection: Of 67,510 cases, 98 percent of respondents were self-represented, and all petitioners had counsel.

• Eviction: Of 7,465 cases, 96 percent of respondents were self-represented, and 87 percent of petitioners had counsel.

• Divorce / annulment: Of 13,227 cases, 80 percent of respondents were self-represented, and only 48 percent of petitioners had counsel.


There is clearly a lopsided or David-and-Goliath issue with the first two categories, which is problematic. The situation with family law issues, however, is even worse, as oftentimes, both parties are unrepresented. Although Utah does propose a LT (licensed paralegal practitioner) in each of the above areas, that LT will not be allowed into court, even to sit with the litigant. The Utah task force seems to rely on the definition of the practice of law, which is so broad that the rationale from their report below can fit:

Unless there is an approved form, moving beyond “information, opinions or recommendations” to counsel and advice should be reserved for a licensed lawyer. Just as diagnosis of a symptom’s cause is at the core of the physician’s role, recognizing that a person’s circumstance creates legally enforceable obligations, rights and remedies is at the heart of what lawyers do. Lawyers, also like doctors, should be the only professionals authorized to advise on a course of action, and assist in completing that course of action.

The above seems to ignore the idea of the CNP or the LT performing some of the exclusive “lawyer” functions, creating something akin to the nurse practitioner or paramedic. The medical profession has not held onto all the functions and allows others with proper training and certifications to perform various medical tasks.

I spoke with Utah Supreme Court Justice Constandinos “Deno” Himonas because the program has not yet rolled out in Utah, but he hopes for a fall implementation with the education component launching then.

“I can’t speak for others, but my sense was that there wasn’t a great deal of momentum on the committees to allow the [licensed paralegal practitioners] to represent their clients in court,” he says. “Perhaps it would make sense to allow for such representation—I’ve been told that Washington is rethinking their position on this issue; perhaps not. It’s certainly something the court could consider in the future if post-adoption evaluations of the LPP program warrant.”

More recently, in November 2017, Oregon released its initial recommendations on paraprofessionals for family law and landlord-tenant proceedings. Recommendation 1.9 proposes the permitted LT activities, including form selection and preparation plus provision of information and advice. As proposed, the LT would be able to communicate and negotiate with the opponent and give emotional and administrative support in court. So, Oregon could possibly go further than Utah to let the LT provide a supporting role in court, but would not allow for actual representation at depositions, in court or on appeal.

I discussed some of the findings around the need for LTs as opposed to lawyers with John Grant of The Agile Attorney Network. John co-chaired the Oregon State Bar Futures Task Force and is a current member of the bar’s board of governors. He explained that like many other states, “Oregon has been promoting pro bono service for at least a generation, but the access-to-justice gap keeps growing” as self-represented litigants top 80 percent for family law and landlord-tenant. Further, the Oregon report cited the possibility that lawyers and LTs would work together, much like Arizona’s certified legal document preparers and attorneys, as I discussed last time.

John explained that the services being provided by LTs would not take work away from lawyers, “especially since the number of lawyers in Oregon is projected to decline over the next decade as baby boomers retire, which will only make the A2J gap worse.” The challenge of the underemployed lawyer, particularly the solo attorney, is really based on mismatch of the services being offered at high rates and the needs and ability to pay of the average citizen. New lawyers are saddled with law school debt and therefore struggle to serve the population by either lowering rates or developing new business models.

“Something has to change to provide meaningful legal services to the more than 1.2 million Oregonians who are not being served by lawyers today,” John explains. “We lawyers need to consider the possibility that we are simultaneously doing excellent work for the clients we have and yet still failing large swaths of society as a whole. For lawyers to largely abandon entire segments of the population but then lock the gates to the marketplace behind us is borderline unconscionable.”

As far as timelines: “Oregon does plan to move forward with licensing paraprofessionals,” said Helen Hierschbiel, executive director of the Oregon State Bar. “The exact form that will take is still up for discussion as the implementation committee does its work.”

At least one candidate for Oregon’s recent House of Delegates election expressly stated her opposition to the program. It will be interesting to see how long it takes before LT programs are launched in both Utah and Oregon.

LOOK OUTSIDE THE U.S. FOR SUCCESS IN NONLAWYERS IN COURT

Over a decade ago in Canada, in 2007 the province of Ontario brought paralegal or legal services provider regulation under its version of the bar association, The Law Society of Ontario. Diana Miles, now CEO of LSO, was involved when the Ontario, Canada, program started. Diana commented that although the main objective was to have the Law Society maintain regulatory control over LSPs with a structured program, a secondary goal was to alleviate court congestion by resolving matters prior to litigation. However, these LSPs are allowed to represent clients in court in very specific situations, such as matters before the small claims court, provincial boards and agencies, and matters (such as driving offenses) before the Ontario Court of Justice. Their education, training and examinations are very different from the education, training and examinations required to become a lawyer, but LSO oversees the entire LSP profession.

Today there are some 9,000 LSP with licenses, and although only half are active, they have solved thousands of clients’ legal problems. In 2012, a five-year review of the LSP found that the program was a success, and “provided consumer protection while maintaining access to justice.” In fact, in 2016 it was recommended that the LSP expand into family law, and that proposal is still under review. Letting go of the monopoly has not destroyed Ontario’s legal profession and consumers were not harmed.

It’s interesting that the Ontario LSPs require 120 hours of field work, as well as study at an accredited college—not law school—and are allowed into court. On the other hand, the Washington LLLT must attend law school CLE classes at great expense and complete 3,000 hours as discussed here and are not allowed into court. Oregon has reduced the hours but still proposes a 1,500-hour practicum. It still seems like the U.S. programs are protecting lawyers, but ironically, clients are not hiring lawyers for this work, nor do lawyers wish to take on these cases.

I believe that the LT programs in states like Oregon and Utah should allow for limited representation to help alleviate the bottlenecks and burden on the courts, at least as much as the NYC CNP. We could learn much from the success of Ontario’s LSPs in terms of scope and education. Of course, this requires change to regulation, education, and certification in each and every state. However, given the statistics above, clients will continue to represent themselves, and therefore we need an alternative to lawyers as one piece of our access-to-justice solution.

While writing this piece, one of Washington’s LLLT reached out to invite me to a Washington State Bar meeting where the control of the LLLT board was to be amended. Unfortunately, that could mean that proposals to expand the LLLT scope to include any type of court appearance may be rejected. As I have stated in this series, lawyers must embrace this change as an expansion of the industry, not cling to their monopoly while citing concern for consumers. Next time, in the last installment, I will provide some recommendations on legal technicians in the U.S. and an update on any LLLT changes in Washington state.

Mary E. Juetten, CA, CPA, JD is founder and CEO of Traklight. In 2015, Mary co-founded Evolve Law, an organization for change and technology adoption in the law. She was named to the ABA’s Legal Technology Resource Center 2016 Women in Legal Tech list and the Fastcase 50 Class of 2016. She is the author of Small Law Firm KPIs: How to Measure Your Way to Greater Profits. She is always looking or success stories where technology has been used to bridge the justice gap, from pro-bono through low-bono to non-traditional legal services delivery. Reach out to her on Twitter @maryjuetten.