Could Health Secretary Tom Price kill Obamacare from the inside? 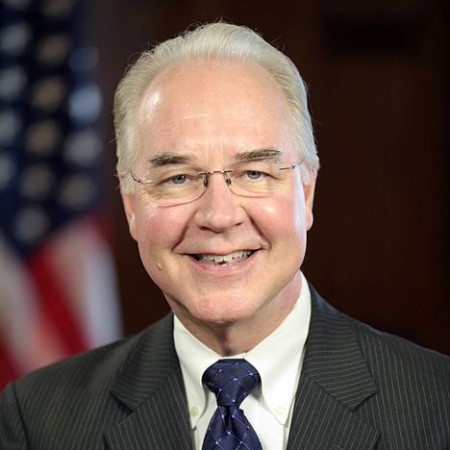 When House Speaker Paul Ryan took to the podium on the afternoon of March 24, 2017, it was supposed to be his moment of triumph. Ryan and his fellow Republicans had spent the last seven years railing against Obamacare, winning elections and raising millions while promising to repeal and replace it as soon as they took back the White House.

With Donald Trump’s victory in November, it seemed like a given that Republicans in the legislative and executive branches would come together and pull the plug on a hated piece of legislation.

Then reality hit. Using an accelerated timeline that stood in stark contrast to the 14-month process that produced the Affordable Care Act, Ryan unveiled a bill that, according to the Congressional Budget Office, would result in 24 million more Americans going without insurance as compared to the ACA over the next decade. Even worse for the GOP, the bill split the party with some arguing that didn’t go far enough while others maintaining that it went too far.

Facing certain defeat, Ryan pulled the bill hours before the scheduled vote. Afterwards, a beaten Ryan conceded that “moving from an opposition party to a governing party comes with growing pains” and “doing big things is hard.” With his caucus, seemingly, at an intractable impasse, Ryan was forced to swallow the bitterest of pills. “Yeah, I don’t know what else to say other than Obamacare’s the law of the land,” Ryan said. “It’s gonna remain the law of the land until it’s replaced.” (Time has a transcript of Ryan’s remarks.)

Meanwhile, Trump seemed surprisingly sanguine about coming up short in his first legislative battle. “I’ve been saying for the last year and a half that the best thing we could do, politically speaking, is let Obamacare explode,” Trump said from the Oval Office while claiming that Democratic congressional leaders Nancy Pelosi and Chuck Schumer “own” Obamacare. “It’s exploding right now.”

Standing behind the president, to his right, was the man who could help light the fuse. Secretary of Health and Human Services Tom Price was supposed to be the man who helped dismantle Obamacare and implement the GOP’s replacement. The former physician, who had represented the 6th District of Georgia in the U.S. House of Representatives for 12 years, had been an outspoken opponent of Obamacare. “Unsuccessful, unworkable, unaffordable,” is how he described the law on Twitter in October 2016.

With legislative options dead in the water, for the time being, Price has the chance to bring down Obamacare from the inside. For one thing, as experts point out, he has a wide range of discretion thanks to the law that he hates so much.

“He has an enormous amount of authority,” says former Senate Democratic Leader Tom Daschle, who heads The Daschle Group, a public policy advisory group at Baker Donelson. “When Congress passed the ACA in 2010, they were uncertain about a lot of issues and delegated an enormous amount to the president.”

Daschle, who had been nominated as Secretary of Health and Human Services in 2009 before withdrawing over tax problems, points out that there are over 1,400 “mays” and “shalls” in the law, which he calls a “very unusual delegation of authority.”

“In some cases they didn’t want to take the political responsibility for making these decisions, so they delegated an enormous amount of latitude,” Daschle says. “The Obama administration took advantage of this, and I’m sure this administration will, as well.”

Nathan Cortez, a professor at SMU Dedman School of Law who specializes in administrative law and health law, says Price can do a lot of things in the short term mainly by choosing not to enforce certain provisions of the Affordable Care Act. Longer-term changes to Obamacare would require going through the rule-making process, which can take years and requires public notice-and-comment. “The individual insurance market covers a small chunk of the market, but gets most of the headlines,” Cortez says. Price “could do a lot of things, administratively, to disrupt that market.”

Cortez says, for instance, that Price could make individual plans less affordable by ending cost-sharing subsidies. Price could also simply decline to enforce the individual mandate and instruct the Internal Revenue Service not to look for insurance coverage on a person’s tax returns. “If he does that, healthy people would not feel any pressure to buy individual health insurance, and you could have a death spiral manifest itself.”

Price also has broad authority to grant waivers to states, allowing them to use Medicaid funds at their discretion, and Cortez anticipates that states with Republican governors will take advantage.

“One thing that struck me is that HHS now has a website that’s called ‘Providing Relief Right Now for Patients,’” Cortez says. “It’s a list of exemptions and ways the Trump administration is pivoting away from the Obama administration. It’s pretty remarkable. It’s as if they’re saying: ‘Here’s a list of all the things we’re doing to reverse course on the ACA.’”

Daschle, meanwhile, holds out hope that Trump and Price will choose to act responsibly and work to improve the law rather than try and blow it up. The former Senate Majority Leader, who co-founded the Bipartisan Policy Center and co-chairs its Commission on Political Reform and Health Project alongside his former counterpart in the Senate, Bill Frist of Tennessee, argues that preserving the federal subsidies and expanding reinsurance pools could go a long way towards improving the ACA.

“Too many people rely on Medicaid, too many people are counting on the ACA to provide them with insurance, so I think we’ve gone beyond the question of whether the ACA should exist,” Daschle says. “I think the real question is, how can we fix it and how can we make it better.”

Daschle also lifted a bit of Trump’s own rhetoric to underline his ultimate point. “For the first time in history, both parties have ownership of the ACA—Republicans and Democrats. Because the Republicans failed to pass repeal and replace, the current law is now in their hands, and they have to decide what to do with it. I think it would be the height of irresponsibility for the president to make a political point to say the ACA will collapse with 24 million lives on the line.”

The ABA Journal reached out to several Republican ex-Senators and representatives for comment, but did not hear back.