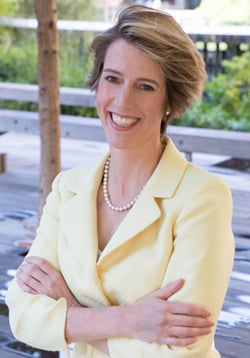 Image of Zephyr Teachout from her campaign site.

Fordham University law professor Zephyr Teachout got 34 percent of the vote on Tuesday in New York’s Democratic primary for governor, a strong showing for the little-known professor.

Teachout told supporters at a Manhattan bar that she won’t be the state’s next governor, “but the Democrats of this state have been heard,” according to the New York Law Journal account. “Anything over 25 percent against an incumbent with 40 times as much money, one of the most famous names in politics and a four years’ head start on me, I am really, really proud of what we did,” she said.

Teachout was back in a law school classroom on Wednesday, the New York Times says.

Teachout’s running mate was Columbia law professor and net neutrality advocate Timothy Wu, who got 40 percent of the vote.

Next:
Ex-BigLaw partner gets 13 months in tax case, admits he owes $924K to US