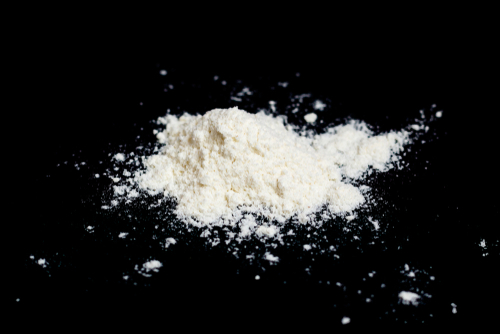 A homeless man arrested in Oklahoma City was sentenced to 15 years in prison on a cocaine charge before the final test results revealed the real identity of the white powder found in his backpack.

The substance was powdered milk, report the Oklahoman, USA Today and the Washington Post.

Cody Gregg had pleaded guilty last week to possession of cocaine with intent to distribute. He asked to withdraw the plea Thursday, after receiving the test results. A judge granted the request, and the case was dismissed Friday.

Gregg told a judge that he pleaded guilty because he disliked the Oklahoma County Jail, where he had been held since August. According to the Washington Post, the jail is known for issues such as overcrowding and mold.

Initial color-changing drug tests had identified the white powder as cocaine. Such tests have a high error rate and have misidentified foods such as chocolate chip cookies and breath mints as dangerous drugs, according to the Washington Post.

Gregg was arrested after he pedaled away on his bicycle from an officer who tried to stop him because the bike did not have rear lights. He has previous arrests for possession of marijuana and methamphetamine, and he was on probation when he was arrested Aug. 12.