Despite progress on many fronts for women in the legal profession, the still-steep path to equality was a recurring theme at the annual Margaret Brent Lawyers of Achievement Awards Luncheon at the ABA Annual Meeting. At the 24th annual presentations Sunday in Boston’s Hynes Convention Center, evidence of gains being lost added urgency to the mission.

The Margaret Brent Awards honor women who overcame significant hurdles in pursuing legal careers or who brought positive change that affected many others. And yet, ABA President James Silkenat said at the luncheon’s outset, “many are still making hard choices between professional success and personal fulfillment.”

For example, award recipient Nancy Gertner, who retired from the U.S. District Court of Massachusetts bench three years ago, told the luncheon crowd of hundreds, “I left a job that I loved, as a judge, so that I could speak.”

And she did on Sunday, including about recent decisions by the U.S. Supreme Court, such as Burwell v. Hobby Lobby, which found that requiring closely held corporations that offer health insurance to their workers to include coverage for contraception for female employees violated the Religious Freedom Restoration Act.

“The obligation to secure equal rights is being frittered away with decisions that take a complex phenomenon, namely the experience of discrimination, and slice and dice it into nothing,” said Gertner, who is now a senior lecturer at Harvard Law School. She added that Justice Ruth Bader Ginsburg was right in saying that her colleagues have a “blind spot” in some matters concerning women.

Another Margaret Brent Award recipient, retired California appeals court judge Kathryn Doi Todd, is a Japanese-American who spent her infancy in U.S. internment camps during World War II. Todd spoke to another powerful issue pressing on legislatures and the courts: the sudden surge of immigrants trying to enter the U.S. for safety and success. There was no evidence of Japanese-Americans being involved in espionage to justify internment, she noted, but there were concerns that there were “too many Asians seeking too many jobs, and successfully farming too much land.”

And now, though we might respond to photos of immigrant children from Central America with humanitarian sentiments, she said, “the long term solutions will necessarily be based on politics and economics.” Todd urged that in considering these matters, we should “reflect on the journeys of our own forebears and to recognize the blessings of life that brought us here, enabled us to sit among this very illustrious crowd with ambition, hope and a sense of safety and well-being.”

The five 2014 Margaret Brent Award winners are profiled below, and their extended bios (PDF) have been made available by the ABA Commission on Women in the Profession. 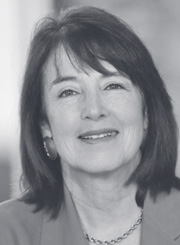 When Judge Nancy Gertner told a Boston Globe columnist in 2011 that she was retiring from the federal trial bench, he poured his shock into print.

“She is a voraciously fair judge who uses her love of the law and the benefit of her sizable intellect to give refuge and recourse to those who need it. An entire region will miss that,” wrote columnist Brian McGrory. “The underdogs don’t always win in Gertner’s courtroom, but they get a fair hearing.”

When Gertner was nominated for the District of Massachusetts bench by President Bill Clinton in 1994, critics uttered a complaint familiar to many pathbreaking women: They said she had “outspoken tendencies.”

Indeed, “speaking out” for those seeking justice describes her career from its beginning. For three decades before taking the bench, Gertner litigated high-profile criminal and civil rights cases, including gender discrimination, sexual harassment and reproductive rights cases. She was the second woman (after Justice Ruth Bader Ginsburg) to receive the ABA’s Thurgood Marshall Award.

For more than a decade now, through the Ford Foundation and the Yale Law Project, she has mentored a generation of women’s rights lawyers in China and helped draft a law for gender equality in Vietnam. She is listed as a lecturer at both Harvard Law School and Yale Law School. 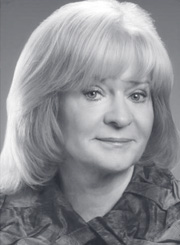 “I knew that if I didn’t make partner, there was life outside of the firm. But if I stepped back from going for it, I knew I would die,” she said. She achieved her goal in seven years, then went on to be general counsel at four Fortune 500 companies: Sears Roebuck and Co.; Fannie Mae; MCI/WorldCom; and American International Group (AIG).

Kelly, who moved to the 4,200-lawyer international firm DLA Piper in 2010, is known as a rainmaker who has mentored many other women lawyers. She is on the leadership committee of the law firm’s Leadership Alliance for Women (LAW), which promotes the hiring, development and advancement of women lawyers.

Kelly is DLA Piper’s co-managing partner for the Americas, on the firm’s executive committee and chair of its global governance and compliance practice. She has significant expertise in crisis management and building legal and compliance frameworks. Before joining the firm, she was a rarity: a woman on Wall Street who earned as much as a man. And she has remained committed to helping other women climb ladders to success. 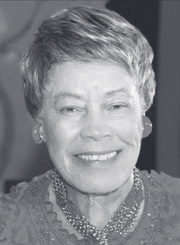 Allie Latimer started as on the lowest rung at the U.S. General Services Administration in 1957, as a GS-7, despite arriving with a degree from Howard University Law School. Nearly 20 years later, Latimer became the agency’s general counsel. She was the first woman and the first African-American to rise to such a level in a major federal agency, and had a staff of 150 lawyers.

In 1968, Latimer took the lead with other concerned women to organize and create the organization Federally Employed Women (FEW), and was its founding president. It came on the heels of President Lyndon B. Johnson’s Executive Order 11375, which banned sexual discrimination in employment in the federal workforce. Latimer and others were concerned that compliance might lag within federal agencies, because salary and qualification restrictions for women essentially closed off potential employment in agencies like the FBI. As a grassroots, private organization built around equal opportunity and suitable working conditions, FEW has grown to more than 200 chapters nationwide.

Latimer also co-founded the women’s division of the National Bar Association and was the NBA’s secretary for 10 years and on its board of directors.

Latimer has a master’s degree and doctorate of divinity from Howard. In 1965, she led a group to Alabama to join the freedom march from Selma to Montgomery. As president of the local chapter of the Presbyterian Interracial Council, she arranged for herself and others to travel to Selma to get out the African-American vote, despite threat of arrests.

Since her retirement from the federal government in 1997, Latimer has done pro bono work for women and the elderly, and recruited young women into the legal profession. 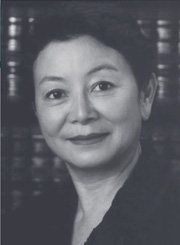 Retired Justice Kathryn Doi Todd spent the first three years of her life in World War II Japanese internment camps in California and Wyoming. She was too young to experience firsthand the deprivation and humiliation known by her parents during those years, but later “it was clear that the experience was degrading and invaded the psyche of each of us,” she says.

Todd, who retired in 2013 as judge on California’s 2nd District Court of Appeal, spent her life and career enriching the psyches of others and building inclusiveness. In the early 1970s she was one of only three Japanese-American women lawyers in the Los Angeles area and she set about being a mentor and role model for others.

When Todd was appointed to the Los Angeles Municipal Court bench by Gov. Jerry Brown in 1977, she was the first female Asian-American justice in the country. In 1981, he appointed her to the trial bench on the Los Angeles Superior Court. 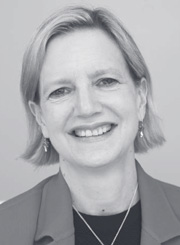 Marissa Wesely hasn’t retired at all since 2013 when she stepped down as partner at New York’s Simpson Thacher & Bartlett after 33 years as a finance lawyer. Wesely, who remains of counsel at the firm, helped create Simpson Thacher’s Women’s Committee and was its first chair, and the firm soon saw a significant increase in women partners.

For many years, Wesely was often the only woman in the room for major international transactions. With women partners from nine other major New York firms, she launched the Kate Stoneman Project, the New York-area equivalent of the Margaret Brent Award. (Stoneman was New York’s first woman lawyer, admitted to the bar in 1886 after petitioning the governor to overturn a law that denied women admission.)

Wesely now plans on devoting the rest of her career to working full-time on international women’s rights. Her preparation underway now involves two elite programs for established and gifted professionals to broaden and sharpen their skills at bringing social change. She is a Global Fellow of the Wilson Center for International Scholars, affiliated with the center’s Global Women’s Leadership Initiative; and is a fellow in the Harvard Advanced Leadership Initiative, which describes its mission as preparing “experienced leaders to take on new challenges in the social sectors where they potentially can make an even greater social impact than they did in their careers.”

That would be quite an impact coming from a lawyer who set about changing things informed by discrimination she witnessed early in life: Her own mother was unable to enter the math PhD program at Columbia University because she was engaged to marry, and Wesely never forgot the childhood sting of having to take home economics in junior high school rather than her own choice—carpentry.