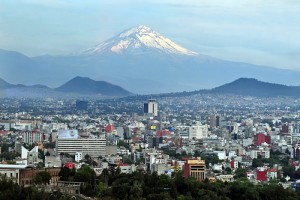 The judge was fatally shot in Metepec, about 40 miles from Mexico City (pictured). ChameleonsEye / Shutterstock.com

A Mexican judge who presided in several legal challenges filed by lawyers for Joaquin “El Chapo” Guzman was shot and killed outside his home on Monday.

Judge Vicente Antonio Bermudez Zacarias died after being shot in the head while jogging in Metepec, about 40 miles from Mexico City, report the Telegraph, Fox News Latino, Al Jazeera and Reuters.

Guzman has sought to prevent his extradition to the United States. Bermudez had also handled other cases involving alleged drug kingpins.

The murder was captured on surveillance tape, according to the Telegraph.