Need a lawyer but can't afford one? 'Intangible Lawyer' could help 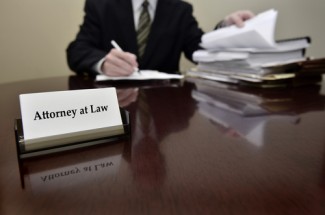 Pricey lawyers may be out of reach for many people, but the illusion may be affordable.

Robert Ambrogi’s LawSites has this April 1 news of a new legal spinoff: “Building on the viral success of his startups Invisible Girlfriend and Invisible Boyfriend services that make it look like you are in a relationship even when you are not–founder Matthew Homann will now launch Intangible Lawyer, a service that will make it look like you have a lawyer, even if you cannot afford one.”

“It’s bad enough that people in this country have to go without adequate legal representation,” Homann reportedly said. “They shouldn’t also have to be embarrassed about it. Our goal is to give them a lawyer others can believe in.”

Those who sign up for Intangible Lawyer will be prompted to select the type of lawyer they need, along with a lawyer’s personality type ranging from “bulldog” to “pussycat,” LawSites reports.

Subscribers will get fake invoices, fake lawyer business cards, access to “assorted official-looking legal documents,” and one demand letter every six months, “customized to whatever it is you want to demand.”

Homann claimed he didn’t even notice he had chosen to launch his new service on April Fools’ Day.

CNN: “April Fools’ Day 2015: The best and worst pranks from around the Web”