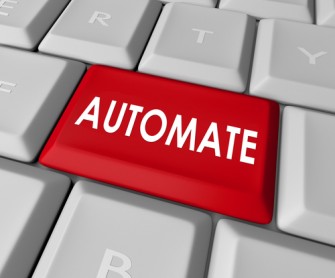 Roughly 75% of lawyers and other legal timekeepers have reported that their law firms don’t equip them with the automation tools that they need to complete their jobs effectively, according to a new survey from Zero, an email management and mobile time capture company.

Additionally, more than 80% of legal timekeepers say they don’t think automation is a firm priority or don’t know whether it is, the survey released Thursday found.

The lack of automation adoption in the legal industry results in lawyers spending much more time than they would like on nonbillable administrative tasks, according to the survey, titled The State of Automation in Legal: Identifying Opportunities to Improve the Practice and Business of Law.

For example, more than 40% of timekeepers reported spending more than of 35% of their time on nonbillable work. That adds up to at least 700 hours per year, or $200,000 in potential billable time, for a modestly billing lawyer, according to a press release.

Overall, more than 80% of timekeepers think that nonbillable work is an impediment to achieving their deliverables and goals.

As for those firms that offer automation products, the survey indicated that there is a lot of room for growth when it comes to utilization. More than 60% of timekeepers reported that email management, time entry and workflow automation tools are underutilized, Zero reports.

“What we discovered is that the legal industry is still ripe for technological improvements at the most basic level of an organization, which can have a profound effect on not only the welfare of staff but also the productivity and profitability of the business,” said Alex Babin, Zero co-founder and CEO, in the press release.

Two-thirds of administrators think that their timekeepers spend less than 20% of their work week on nonbillable tasks, while 15% think that lawyers are spending more than a third of their time on work that could be automated, the survey found.

“Administrators seem to believe that they’ve provided sufficient technological support for their timekeepers, and that those tools are utilized reasonably well,” according to the survey.