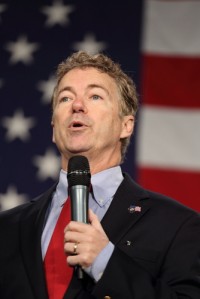 A small bipartisan group of U.S. senators has introduced a proposed bill to curtail computer intrusions by the U.S. government.

Their Stop Mass Hacking Act, introduced Thursday by Sen. Rand Paul (R-Ky.) and Sen. Ron Wyden (D-Ore.), would reverse a change to Rule 41 of the Federal Rules of Criminal Procedure which was requested by the U.S. Department of Justice and OK’d by the U.S. Supreme Court in a private vote in April.

Under the revisions, which are to take effect Dec. 1, a single warrant can authorize a broad array of searches, and the Justice Department can get permission to search computers in remote locations without knowing exactly where they are, according to Broadcasting & Cable and Reuters.

A news release provides more information about the bill.