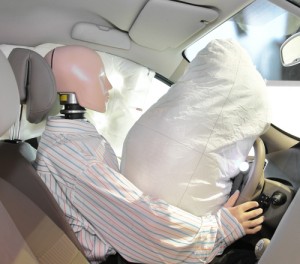 Investigations are ongoing by automakers, safety regulators and air bag manufacturer Takata Corp. to determine why inflators failed on some Takata airbags, sending metal shrapnel into drivers and passengers at high speed.

But until the cause of the defect is understood, it isn’t certain that the replacement will be completely safe either, experts say, although it is expected to be safer than the original technology, Reuters reports.

Takata says it is confident the new air bag technology being installed in recalled vehicles is safe. The company has said a number of factors contributed to the air bag inflator problem, including leaky seals allowing moisture into the propellant casing, a problem which is more severe in areas with high humidity.

“If you don’t find out the root cause, who knows? We may have this same discussion again in four, five, six, seven, 10 years,” David Kelly told Reuters. He previously served as acting administrator of NHTSA and is now overseeing a 10-automaker group that is investigating inflators in Takata air bags.

Next:
Bullet goes through window of large PI firm