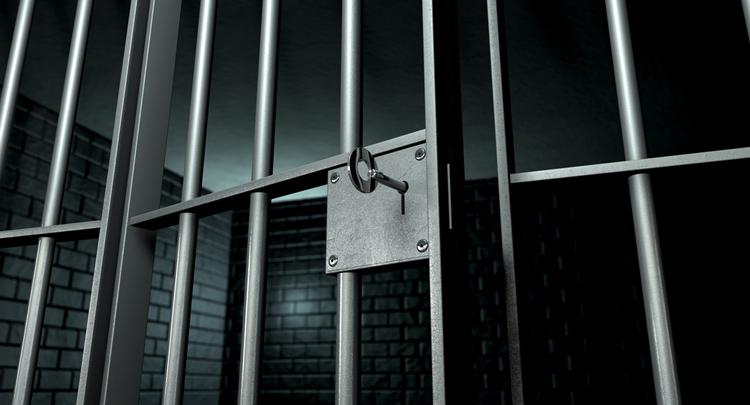 According to the New York Civil Liberties Union, people awaiting trial made up 71 percent of the jail population in Dutchess County in 2016.

Setting cash bail without considering an accused person’s ability to pay is unconstitutional, a judge in New York state has ruled.

Judge Maria Rosa of Dutchess County ruled Jan. 31 in a suit filed on behalf of Christopher Kunkeli by the New York Civil Liberties Union, the New York Law Journal reports. Rosa said setting bail without considering ability to pay violates the equal protection and due process clauses of the federal and state constitutions. A NYCLU press release is here.

Kunkeli had been charged with petit larceny for allegedly shoplifting a vacuum cleaner, according to his habeas petition. He is a mechanic who was 32 years old when the petition was filed.

Kunkeli was held on $5,000 bail for nearly three months before he pleaded guilty to a misdemeanor last month and was sentenced to time served. Rosa said the plea did not make the case moot because of the novel issue and the likelihood of repetition.

Rosa rejected arguments that the issue is for the legislature. “While it is clear that the legislature must act,” she said, “it is undisputed that the earliest such action could occur would be 2019. In the interim, thousands of individuals will be in a similar situation as the petitioner was at his arraignment.”

NYCLU senior staff attorney Philip Desgranges said in the press release that his organization intends to use this ruling to pursue statewide reform that would end the jailing of people solely because they can’t afford bail. District attorneys in Manhattan, Brooklyn and Westchester County have already announced their offices will not seek cash bail in most low-level cases.

Dutchess County District Attorney William Grady previously told the New York Law Journal that the shift away from monetary bail in misdemeanor cases is “somewhat misguided” and prosecutors in his county could continue to seek bail.

He also said that the $5,000 bail set for Kunkeli was “entirely appropriate” because of a prior criminal history.