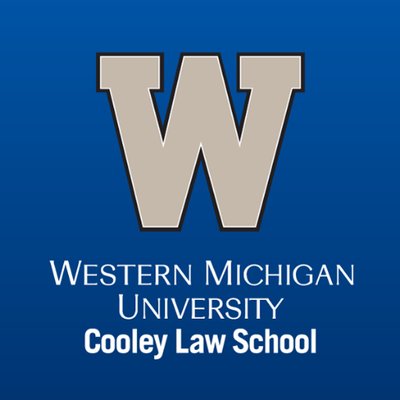 After suing the ABA's Section of Legal Education and Admissions to the Bar over a noncompliance letter made public, Western Michigan University Thomas M. Cooley Law School has dismissed the lawsuit, which alleged Higher Education Act and common law due process violations.

The parties filed a stipulation of dismissal Wednesday in the U.S. District Court for the Eastern District of Michigan.

“The ABA welcomes the end of this dispute and looks forward to continuing to serve the best interests of students and the public through the ABA law school accreditation process, which has repeatedly been upheld by courts and has been approved by the U.S. Department of Education,” Barry Currier, managing director of ABA Accreditation and Legal Education, said in a statement.

Cooley Law posted a settlement statement from Jeff Martlew, the school’s interim president, on its website.

“The circumstances that led to the litigation have been largely resolved and there was simply no point in continuing. Importantly, we have had very cordial communication with representatives from the ABA Council on Legal Education and Admission to the Bar. WMU-Cooley is committed to pursuing a collaborative approach in working with the Council, to continue meeting ABA standards,” the statement reads.

The lawsuit was filed in November 2017, after the section posted to its website a letter stating that the school was not in compliance with Standard 501(b), which focuses on admissions, and Interpretation 501-1, which discusses factors to consider in admissions. The school also filed a temporary restraining order motion, which was rejected by the court, to prevent the compliance letter from being made public.

In March, the section announced that the law school was back in compliance with Standard 501(b) and Interpretation 501-1, after taking “concrete steps.” The notice did not detail what those steps were.

A more detailed accreditation committee decision was made public in a May court filing. That decision stated that starting in January 2018, the law school no longer admitted students with predicted law school grade point averages below 2.1, and limited admittees with predicted GPAs between 2.2 and 2.49 to part-time enrollment.

Also, in August the section’s council approved an application, previously deferred, for Cooley Law to open a Kalamazoo campus. The program opened that same month.

Out of the 352 Cooley Law graduates in 2017, 108 had full-time, long-term jobs that require bar passage, according to the school’s employment summary. Its website states that annual full-time tuition is $50,750.