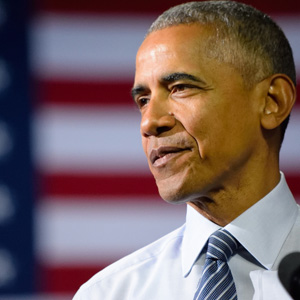 President Barack Obama on Tuesday commuted the sentences of 79 federal inmates, bringing the total number of commutations during his administration to 1,023.

Most of those granted commutations on Tuesday were low-level drug offenders, Obama said in a Facebook post. The Washington Post, the Hill and Reuters have stories.

“It makes no sense for a nonviolent drug offender to be serving decades, or sometimes life, in prison,” Obama wrote. “That’s not serving taxpayers, and it’s not serving the public safety. Instead, it burdens our already overcrowded prisons.”

According to White House counsel Neil Eggleston, 342 of the inmates that have been granted clemency by Obama were serving life sentences.

Deputy Attorney General Sally Yates said the Justice Department would continue to make clemency recommendations until Obama leaves office. “As I have said before,” she said in prepared remarks, “our work is still not done.”

Clemency Project 2014 is a national pro bono initiative that has reviewed the cases of more than 35,000 prisoners seeking commutation assistance. The project has submitted 2,400 pardon petitions on behalf of prisoners believed to have met the criteria.

“With more than 1,000 grants of clemency, President Obama has ensured that 1,000 families will sit at a dinner table this week or in the not-too-distant future and give thanks together,” said Cynthia W. Roseberry, Clemency Project 2014’s project manager. “More than half of these applicants and their families were helped by the dedicated lawyers and staff of Clemency Project 2014. We include today’s grants in our list of things for which we give thanks.”