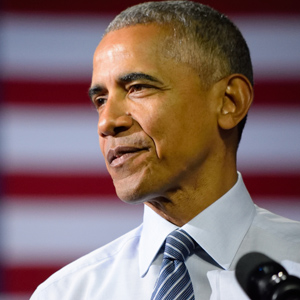 President Obama apparently found time to write a law review article as he wrapped up his presidency.

Obama was once president of the Harvard Law Review, and he wrote an article published by the review on Thursday titled “The President’s Role in Advancing Criminal Justice Reform,” report Law.com (sub. req.), the Harvard Crimson and Politico.

But it wasn’t Obama’s idea, according to Law.com. The law review staffers came up with the proposal and Harvard law dean Martha Minow contacted the president to see if he was interested.

Obama’s article said his administration made progress in reforming criminal justice, but more work is needed. The extent of incarceration in America “is not just not unnecessary but unsustainable,” Obama writes.

Harvard Law Review president Michael Zuckerman said in a press call that law review staffers put the article through their usual, rigorous editing process, though the timeline was compressed due to the president’s schedule.

Zuckerman wrote about the experience in a Medium article posted at Harvard Law Today. Zuckerman said he has a special interest in criminal justice issues because he was once a juvenile defendant who pleaded guilty to trespassing at the age of 13.

Without a second chance, Zuckerman wrote, he would not be president of the Harvard Law Review and would not be helping publish an article by the president.