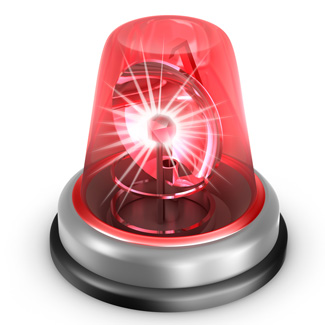 A police officer who mistakenly believed North Carolina law required both brake lights to be working did not violate the Fourth Amendment when he stopped a vehicle with just one working brake light, the U.S. Supreme Court has ruled.

A reasonable mistake of law can give rise to the reasonable suspicion necessary to justify a traffic stop, which is a seizure for purposes of the Fourth Amendment, according to the 8-1 decision (PDF). Chief Justice John G. Roberts Jr. wrote the majority opinion.

The petitioner, Nicholas Brady Heien, was a passenger in his own car when the officer pulled it over for the broken brake light. The driver and Heien both consented to a search of the car, which turned up a sandwich bag filled with cocaine. Heien pleaded guilty but reserved the right to appeal a trial court decision refusing to suppress the evidence.

Roberts cited precedent finding that a reasonable mistake of fact can justify a search or seizure. He offered the example of an officer who stops a motorist for driving in a high-occupancy lane only to discover two children sleeping in the back seat. “The driver has not violated the law,” Roberts said, “but neither has the officer violated the Fourth Amendment.”

Justice Elena Kagan concurred in an opinion joined by Justice Ruth Bader Ginsburg. Kagan stressed that Roberts’ opinion applies to mistakes of law that are objectively reasonable, a standard that is not as forgiving as the one that applies to determinations of qualified immunity.

ABAJournal.com: “Chemerinsky: “What to expect from the upcoming SCOTUS term”