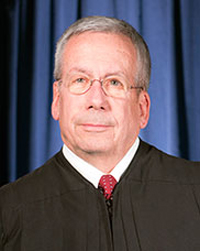 Updated: Ohio Supreme Court Justice William O’Neill vented on Facebook after 12 Cleveland Browns players took a knee during the national anthem prior to their preseason game against the New York Giants on Monday night.

In a Facebook post on Tuesday, O’Neill said he “will NEVER attend a sporting event where the draft dodging millionaire athletes disrespect the veterans who earned them the right to be on that field. Shame on you all.” The Columbus Dispatch and the Washington Post’s Early Lead blog covered the justice’s comments.

The military draft ended in 1973, so none of the Browns players are actually draft dodgers, the articles note.

Rookie Jabrill Peppers, one of the players who kneeled, told ESPN that they “decided to take a knee and pray” for people affected by racial and social injustice, and for the world in general. Former San Francisco 49ers quarterback Colin Kaepernick began sitting during the national anthem in protest last season. Several other players also did so during the course of the season.

Updated at 10:57 a.m. to restore dropped word in sixth paragraph.