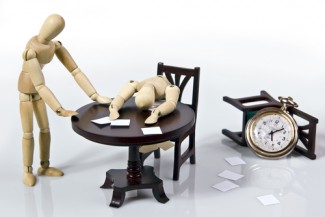 AT&T’s $40 million appeal of a patent judgment is doomed because its lawyers relied on mislabeled docket notices and missed a deadline, according to the U.S. Court of Appeals for the Federal Circuit.

The appeals court said lawyers for AT&T should have checked the online docket rather than relying on notices that wrongly indicated the judge had ruled on motions to seal, report the Recorder (sub. req.), Bloomberg Business, Reuters and Patently O. How Appealing linked to the 2-1 decision (PDF) and news coverage.

The clerk corrected the docket labels a few days later, but did not send out corrected notices that would have put AT&T on notice that the judge had rejected all of the company’s post-trial motions, an indication that the 30-day period for filing notice of appeal had begun.

AT&T was represented by Sidley Austin and Davis, Cedillo & Mendoza, according to the Recorder. The company had been ordered to pay $27.5 million to Two-Way Media for infringing its patents audio and video streaming. With interest, the amount was raised to $40 million.

Writing for the majority, Judge Kathleen O’Malley said the trial court did not abuse its discretion in refusing to allow the appeal. She pointed out that the notice was sent to 18 lawyers at two law firms who could have clicked on the links and read the orders. In addition, a fourth order denying a new trial had been properly labeled, she said.

Another order granted costs to the plaintiff, indicating that all matters relevant to its status as the prevailing party had been resolved, O’Malley said.

Representatives from Sidley and Davis Cedillo didn’t respond to a request for comment on Friday.