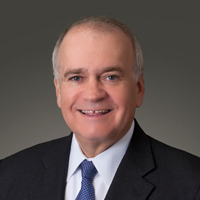 Vice President Mike Pence has hired McGuireWoods chairman Richard Cullen to represent him in the congressional and special counsel’s investigations into Russian influence.

Cullen has connections to fired FBI director James Comey, a lawyer who once worked at McGuireWoods, report the New York Times, the Am Law Daily (sub. req.) and the Washington Post in stories here and here.

The relationship is personal: Cullen is godfather to one of Comey’s daughters, according to the Post. And they both worked at one time in the U.S. Attorney’s Office in Richmond, Virginia, though not at the same time. Cullen was U.S. attorney for the office from 1991 to 1993, before Comey joined the office in 1996.

Cullen also has prosecution experience on the state level, serving as Virginia attorney general from 1997 to 1998.

Cullen began his career as a staffer for a Republican member of the House Judiciary Committee who voted to impeach Richard Nixon in the Watergate scandal. Later, he was special counsel to a Republican senator investigating the Iran-Contra arms-for-hostages sales.

The Times says Pence is probably a peripheral figure in the Russia investigation who could be questioned as a witness.

Next:
Trump appears to confirm he is being investigated for firing Comey in new 'witch hunt' tweet